Welcome to my stop on the Virtual Tour, presented by Bridging the Gap Promotions, for The Plate Spinner Chronicles by Barbara Valentin.  Please leave a comment or question for Barbara below to let her know you stopped by.

"Parenting Then and Now by Barbara Valentin."

While normally these are fightin’ words, my husband’s right – I have more in common with my mom than I care to admit. For starters, we both pursued writing careers, we both had five kids whom we love unconditionally and we’re both plate spinners.

But that’s where the differences end.

There’s just no getting around the fact that my mom’s parenting experience was vastly different from mine.

Modern conveniences, like microwaves and internet connectivity notwithstanding, she waited until the last of her five arrived before she started working full-time as a reporter at our local newspaper. I have always worked, taking the shortest possible maternity leaves on record because, since child #3 came along, I have been my family’s sole breadwinner.  In the meantime, my husband became the best stay-at-home dad ever, saving us thousands of dollars in childcare costs and relieving me of daycare-induced guilt.

My mom, on the other hand, didn’t have the same luxury. Quite the contrary. My dear dad, ever the chauvinist was not a fan of mom’s working ways. As such, she had to carry the load at home, raising us, cooking, doing the laundry, etc., all in between attending civic meetings, interviewing politicians and prominent local figures, and traveling to conferences and conventions to further her professional development.

Me? I have to call dibs on making Sunday dinner just so I can remember how to turn on the oven.  I also have Skype, a cell phone and a laptop, all of which help me maintain a better work/life balance and remain productive 24/7. That I also have a grocery store nearby that keeps the same hours I do is another perk that I do not take for granted. Where my mom had to pull an all-nighter if I informed her at the very last minute that I had volunteered her to make cupcakes for a party at school the next day, I simply have to get in the car and plunder the bakery section at Ultra Foods.

All that being said, I completely appreciate all of the hardships and stress my mom endured as a working parent. She taught my sibs and I that, just because she wasn’t around for us all the time like our friends’ moms were, she was happy and looked forward to her time with us that much more.  I can only hope my boys feel the same. I suppose the real test will be when they start to marry and have kids of their own. In the meantime, I’ll just keep spinning… 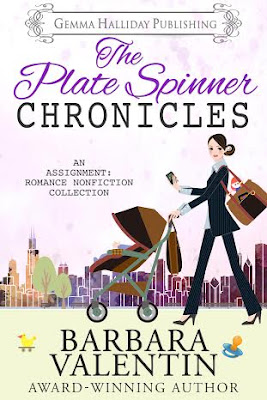 What working parent hasn't considered delivering a performance review to their child prior to granting a salary, er, allowance increase?

The Plate Spinner Chronicles: A Working Mother's Epic Adventure is a hybrid memoir/how-to guide that is stuffed with multi-tasking advice and relevant, but nostalgic anecdotes, all written in the wry tone of a harried working mother who'd rather laugh than cry over the length of her to-do list.

This book is a compilation of The Plate Spinner columns which originally ran in the Chicago Tribune.

I'm a plate spinner. No, not the kind you might catch in Vegas or even on a rerun of an old variety show. In fact, my "plates" are not so much objects, but those elements of my life that get me out of bed in the morning faster than the promise of a hot cup of coffee.

With five boys and a full-time job, I have plenty of plates to spin. My "act," while not nearly glamorous enough for Vegas (and a little difficult to simulate on a stage), does seem to provoke the same sense of awe in just about anyone I meet who, on hearing that I have five boys, inevitably exclaims, "How do you do it?" 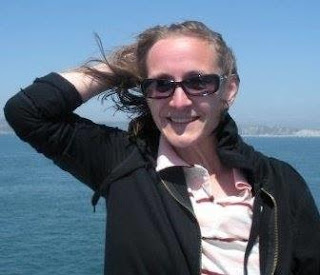 Barb is a freelance writer, over-scheduled parent, and connoisseur of fine chocolate. A second-generation journalist, her work has appeared in the Chicago Tribune and its affiliates. The exploits of her five boys provided fodder for her column, The Plate Spinner Chronicles, a long-running feature in the Chicago Tribune, which snagged her a runner-up spot in an Erma Bombeck Humor Contest. A member of RWA's Windy City chapter, she still dreams of the day when her to-do list includes "Send NY Times book critic thank you note" and "Accept Godiva's request to be a taste-tester."

a Rafflecopter giveaway
Posted by Maria at Tuesday, August 11, 2015