Virtual Book Tour & #Giveaway for The Tempest by James Lilliefors

Welcome to my stop on the Virtual Tour, presented by Tasty Book Tours, for The Tempest by James Lilliefors.  Please leave a comment or question for James to let him know you stopped by.  You can enter his tour wide giveaway by filling out the Rafflecopter form below.  You can also follow all of the stops on his tour by clicking on the banner above.  The more stops you visit, the better your chances of winning. 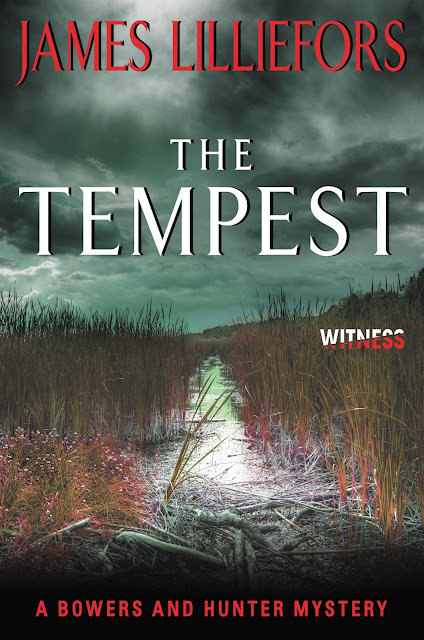 Tourists like Susan Champlain pass through the Chesapeake Bay region every year. But when Susan pays Pastor Luke Bowers a visit, he's disturbed by what she shares with him. Her husband has a short temper, she says, and recently threatened to make her "disappear" because of a photo Susan took on her phone.


Luke is concerned enough to tip off Tidewater County's chief homicide investigator, Amy Hunter. That night, Susan's body is found at the foot of the Widow's Point bluff. Hunter soon discovers Susan left behind clues that may connect her fate to a series of killings in the Northeast, a powerful criminal enterprise, and to a missing Rembrandt masterpiece, The Storm on the Sea of Galilee.


Whoever is behind the killings has created a storm of deception and betrayal, a deliberate "tempest" designed to obscure the truth. Now Hunter and Bowers must join forces to trace the dangerous secret glimpsed in Susan's photo. But will they be the next targets on a killer's deadly agenda . . . ?

“Miracles. What can I tell you? In a skeptical world, if a real miracle occurred, it wouldn’t even make the evening news. Who would believe it? This one, though, will be different. This one, the skeptics won’t be able to explain. People will want to see for themselves; they’ll line up around the block to have a look. That’s what we need to talk about.”

Walter Kepler watched his attorney’s own skepticism harden slightly as he waited on the details of Kepler’s plan. Jacob Weber was used to this, to Kepler’s Barnum-like enthusiasms as he introduced a new idea. Weber had precise, dark eyes, a narrow face, bristly white hair cut close to the scalp. Seen from behind, he could appear as small and fragile as a child. But he also possessed that rarest of human qualities—consistent good judgment; unerringly good, in Kepler’s estimation.

As presented, Kepler’s plan consisted of three parts: A sells a painting to B; B sells the painting to C; and C (who was Kepler) uses the painting to bring about a “miracle.” The first two parts of the plan he would handle himself, with the assistance of Nicholas Champlain and, of course, Belasco. It was for third part that he needed Jacob Weber’s help—needed his judgment, and, ultimately, his skills as a negotiator.

Kepler had been formulating versions of this plan in his head since he was a boy, trailing his father through the great art museums of the Northeast and Europe, stopping to stare at some painting or sculpture that, his father insisted, was not only an important work but also a masterpiece. With time, Kepler had learned to tell the difference, to understand why certain paintings—like certain people, and ideas—held greater intrinsic value than others. He had spent much of his adult life refining that understanding, through the storms of sudden wealth, divorce and the more mundane trials of daily living.

When he finished telling Weber his plan, Kepler turned the conversation to the painting. He watched Weber’s face flush with a new interest as he described the masterpiece that had dominated his thoughts for the past three weeks, ever since he’d ascertained that it was the real thing. The tempest. Fourteen men trapped on a boat. Each responds differently to a life-threatening storm: one trying valiantly to fix the main sail, another cowering in terror from the waves, one calmly steering the rudder. Fourteen men, fourteen reactions. Kepler imagined how his attorney would react once the waters began to churn in another several months.

Then Kepler sat back and let Jacob Weber voice his concerns. They were much as he had expected—candid, well-reasoned, occasionally surprising. Kepler managed to fend off most; those he couldn’t, he stored away.

“So what are we looking at?” his attorney asked. “When would it need to happen?”


Kepler glanced at Weber’s right hand, absently tracing the stem of the coffee cup. It was a pleasant April morning, the bay shivering with whitecaps.

His attorney thought about that, showing no expression. Calculating how the plan would interrupt and impact his own life, no doubt. Jacob Weber finally closed and opened his eyes. He nodded. “It’s do-able,” he said. After a thoughtful pause, he added, “Actually, I kind of like it.”

Weber’s response would have sounded lukewarm to an outsider. To Kepler, it was a hearty endorsement. In fact, he had never known Jacob Weber to be quite so enthusiastic about one of his ideas. All in all, it was a very good start. 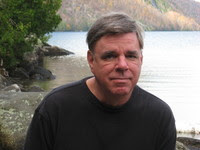 A fan of crime stories solved by partners, I was thrilled to be given the opportunity to read and review The Tempest by James Lilliefores.  I had planned to read the first book in the series, The Psalmist, however I ran out of time and decided to just dive into The Tempest.  Fortunately for me, this story stood well enough on its own and I was able to enjoy the story, and the characters, as the story developed.  If you’re a fan of book series, movies or t.v. shows featuring crime solving duos, such as Rizzoli and Isles or Major Crimes, this is a book you’ll definitely want to check out.

Mr. Lilliefores does a good job introducing us the to the central crime figure behind the mystery from the very first page and then slowly introduces us to the victim, and the crime solvers Methodist Pastor Luke Bowers, and Amy Hunter, Tidewater County's chief homicide investigator.  While it’s not normal to pair a religious leader and a cop as crime solvers, I found this duo very interesting and enjoyed getting to know their characters both individually and as a duo.  When a summer tourist visiting the area, and temporarily attending Luke’s church, approaches him about her fear her that her husband is going to harm her, the first person he naturally thinks of involving is Amy because of their past association solving a crime.  When the woman turns up dead, Luke and Amy find themselves being drawn into another murder mystery, and one that involves organized crime and stolen art masterpieces.

The secondary characters, from Susan Champlain, the murder victim, to the members of Luke’s church, the people in town and the criminals involved are all well developed and I enjoyed watching them interact with Luke and Amy as they investigate.  While we do get to know what is going on in both character’s personal lives at the same time, the story’s main focus is on the crime solving and not on their personal drama and angst, something which often derails so many stories lately.  .

The mystery was well developed and well-paced.  There were plenty of twists and turns to keep the reader interested and clues and revelations were shared at just the right time.  The story was filled with plenty of suspense and with the characters determination to see justice prevail.  I especially liked how both Luke and Amy’s sense of justice felt natural and how neither character used the events taking place as an opportunity to “preach” at the reader and instead let the reader reach their own conclusions on how justice would best be served.

Will Luke and Amy discover who is behind the murder and why Susan was killed?  Will they be able to bring the criminals to justice or will the stolen masterpieces remain hidden from the rightful owners?  You’ll have to read The Tempest to find out.  I really enjoyed reading this story and look forward to reading the next installment in this series.

FTC Disclosure:  I received a complimentary copy of this book from the Publisher via Edelweiss as a part of a book tour for a fair and honest review, this is no way influenced my opinion of the reading material provided.
Posted by Maria at Friday, August 07, 2015