Welcome to my stop on the Release Day Blitz, presented by Bewitching Book Tours, for One More Second Chance by Jana Richards.  Please leave a comment or question for Jana to let her know you stopped by.  You can enter her tour wide giveaway, for a $10 Amazon GC, by filling out the Rafflecopter form below.  You can also follow the rest of the stops on Jana’s tour by clicking on the tour banner above.

The Cocktail Story of One More Second Chance by Jana Richards

Everybody’s got a story, and some people have cocktail story, a drink that speaks to them and speaks about them. I’ve decided that the characters of my book, ONE MORE SECOND CHANCE, deserve cocktails that tell their story.

This book takes place in a small town in Maine called Lobster Cove. It’s the town where Julia Stewart was born and raised. Alex Campbell takes a temporary position as a doctor in Lobster Cove. So what better cocktail for these two then one called “Lobsters on South Beach”? Okay, I know we’re in Maine, not in Florida. But it’s the perfect cocktail for this setting.

Put some crushed ice with the rums, mango purée, mandarin juice, coconut cream, and pineapple chunks into a food processor or blender and blend until smooth. Serve in a large highball glass and decorate with mango slices.

The attraction between them becomes too much to resist. They make love, even though Julia is afraid to get too close because she knows Alex will be leaving soon and she’s afraid of being hurt again.

Put half of the ice cubes into a cocktail shaker with the gin, Cointreau, lemon juice, peach nectar, and passion fruit juice and shake well. Strain over the remaining ice into an old-fashioned glass.

Put the ice cubes into a cocktail shaker. Pour in the brandy, vermouth, orange juice, grenadine, and crème de menthe and shake well. Strain into a cocktail glass. Tilt the glass and gently pour in a little ruby port so that it floats on top. Decorate with a maraschino cherry, an orange slice, and a mint sprig impaled on a toothpick.

Julia loves Alex, but he’s only in Lobster Cove temporarily. If she asks him to stay, will he eventually regret his decision? Will he always be dreaming of his home in California?

Put some ice cubes into a food processor or blender with the kirsch and fruit juices and blend for 30 seconds. Pour into a wine glass and top up with chilled Champagne. Decorate with a pineapple wedge.

All these recipes are from “501 Must-Drink Cocktails.” Thanks for reading my cocktail story. Cheers!
Jana 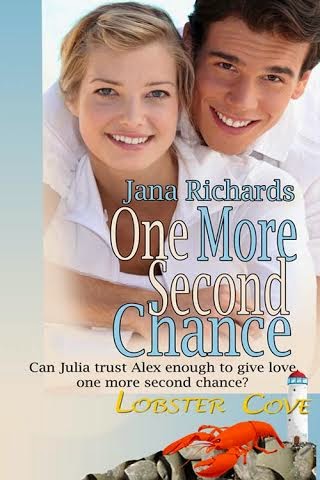 Dr. Alex Campbell has an agenda—finish his contract to provide medical services in Maine, pay off his medical school debt, and head back to his real life in San Diego. But when he meets Julia, all his carefully laid plans are put in jeopardy.

Julia Stewart, Lobster Cove’s high school principal, swears she’ll never let another man drag her away from the home she loves. Her aging parents need her, and the Cove is where she wants to raise her daughter. When her mother’s illness brings her and the big city doctor closer together, panic sets in. Her marriage taught her men don’t stay.

Can she put aside the heartaches of the past and trust Alex enough to accept the love he’s offering?

Or will her fear of abandonment mean she’ll send him away forever?

“What did the x-ray find?” she asked.

“A spiral fracture of the right arm.” He paused for a moment and took a deep breath as if trying to control his emotions. “I’ve seen this kind of injury before. A fracture like this can be the result of a fall, but it can also be an indication of child abuse. An arm as small as Ava’s will break like a twig if it’s twisted hard enough. I’m obligated to contact the authorities if I suspect abuse.”

Julia stared at him in mute shock, her brain struggling to process his words, as if trying to translate some unintelligible language. The words child abuse rang in her ears. Finally she found her voice.

“You think someone deliberately hurt her?”

“Her injuries are consistent with abuse.”

“I don’t give a damn what they’re consistent with. Ava has not been mistreated. My mother said she fell down the stairs, and if that’s what she said, then that’s what happened.”

“I believe there’s more to the story than a simple fall.”

“If it comes down to believing you or believing my mother, I’m going with my mother.”

“Perhaps you don’t know your mother as well as you think you do.”

Julia sucked in a breath and stared into Dr. Campbell’s dark, accusing eyes. The idea that her mother would hurt Ava was ridiculous. She adored Ava, would do anything for her…

She blinked and looked away, remembering an incident the other day. She’d heard her yelling at Ava about the milk she’d spilled on the kitchen floor, making such a huge deal of it that Ava had cried. It had struck her as strange, since she couldn’t remember her mother yelling at anyone, ever.

She wasn’t as patient as she used to be. And how did she explain her strange phone call telling her Ava had been hurt? Of course she’d been upset, but her mother had been nearly incoherent with distress. Was something going on she wasn’t aware of? She was seventy-one now. Maybe looking after a rambunctious five-year-old was too much for her.

No. She shook her head to reject the disloyal thought. Dr. Campbell was the one who was wrong.

“I know my mother. She didn’t do this. It was an accident.”

Julia stared at the door. “She’ll be scared, all by herself.”

“Sharon’s very good at what she does. She has a way of making kids feel comfortable.”

Julia turned on him, the anger and despair she’d been holding inside spilling out. “And you? Do you enjoy upsetting five-year-olds and turning families’ lives upside down? Does it make you feel powerful to sic the authorities on us?”

“Look, Mrs. Stewart, I take no pleasure in bringing in the authorities. But I’ve seen child abuse, up close and personal, and I can tell you it’s damn ugly. The things parents and caregivers are capable of doing to defenseless children…”

He stopped abruptly, his chest heaving. Closing his eyes, he averted his face and took a deep breath. When he turned back to her, his steely control was back in place. “So yeah, if I have even the smallest suspicion that a child has been abused, I’m going to ask questions. And I’m not going to apologize for it.” 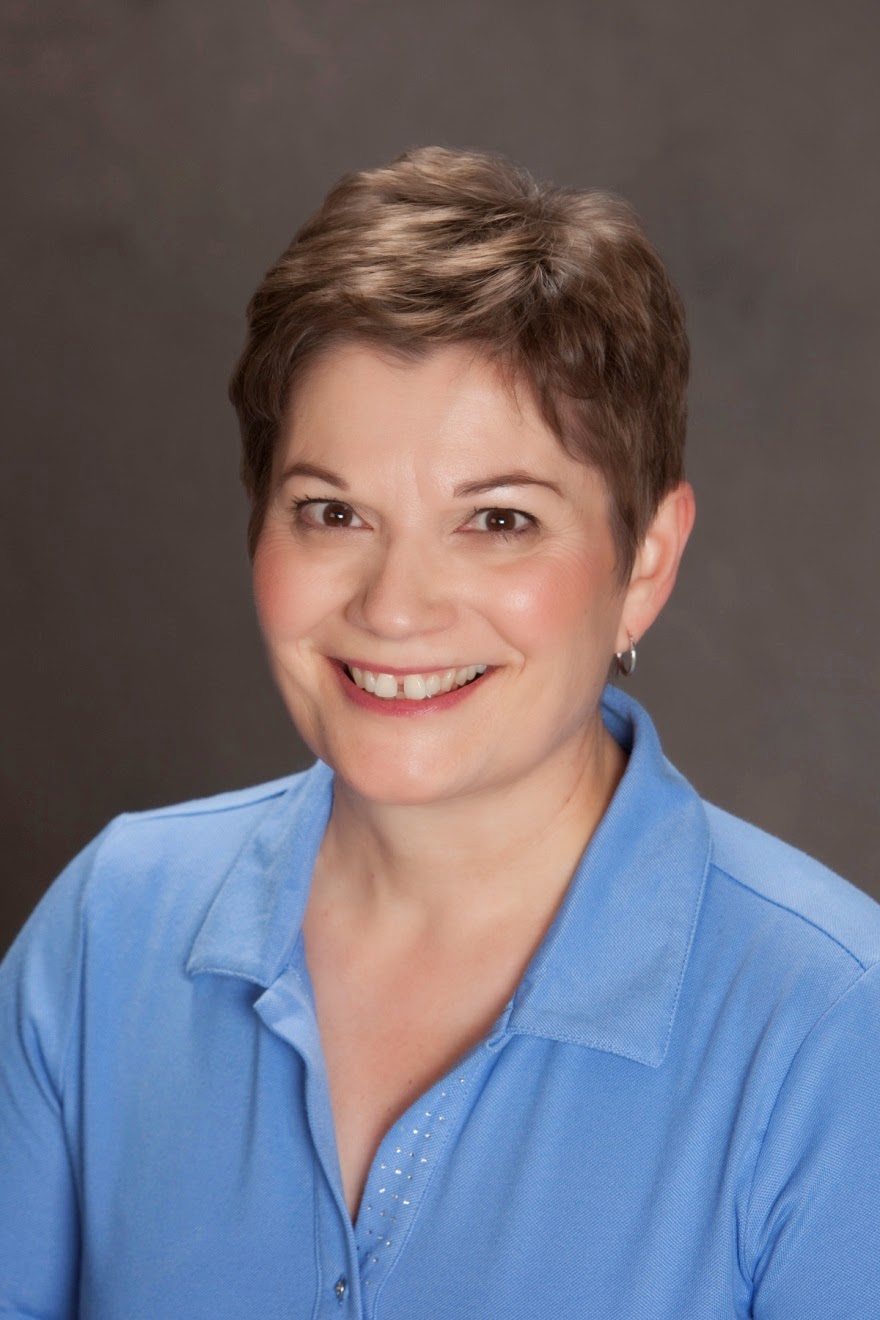 When Jana Richards read her first romance novel, she immediately knew two things: she had to commit the stories running through her head to paper, and they had to end with a happily ever after. She also knew she’d found what she was meant to do. Since then she’s never met a romance genre she didn’t like. She writes contemporary romance, romantic suspense, and historical romance set in World War Two, in lengths ranging from short story to full length novel.

Just for fun, she throws in generous helpings of humor, and the occasional dash of the paranormal. Her paranormal romantic suspense “Seeing Things” was a 2008 EPPIE finalist.

In her life away from writing, Jana is an accountant/admin assistant, a mother to two grown daughters, and a wife to her husband Warren. She enjoys golf, yoga, movies, concerts, travel and reading, not necessarily in that order. She and her husband live in Winnipeg, Canada with their Pug/Terrier cross Lou and several unnamed goldfish.

She loves to hear from readers and can be reached through her website at www.janarichards.com 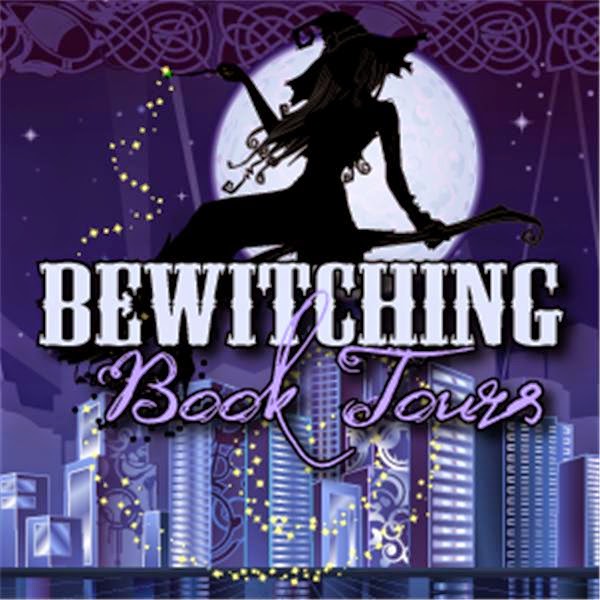 a Rafflecopter giveaway
Posted by Maria at Friday, February 06, 2015