Spotlight & Giveaway for From the Fifteenth District by Mavis Gallant

From the Fifteenth District 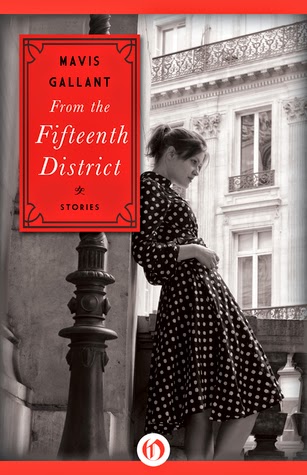 Even as we grow and change, the consequences of what we have left behind often linger Mavis Gallant has a unique talent for distilling the sense of otherness one feels abroad into something tangible and utterly understandable. In this collection, she relates the stories of those stranded in relationships, places, and even times in which they don’t belong.

In “The Moslem Wife” a woman is entrusted to look after a hotel in France when her husband is trapped in America after the breakout of World War II. As the situation progresses, the two grow in surprising and profound ways. In another tale, a German prisoner of war is released from France and returns home to a mother whose personality has been as irrevocably changed by the war as his has.

In one of the most poignant entries, Gallant follows the life of a Holocaust survivor, illustrating how his experiences tint his outlook on life forty years later. With its wide breadth of subject matter and the author’s characteristic way with nuance, From the Fifteenth District is classic Mavis Gallant. [provided by the publisher]
***

PRAISE FOR FROM THE FIFTEENTH DISTRICT

“[From the Fifteenth District] is a splendidly written work, full of nuance and personality and compellingly evocative detail.” —Canadian Literature

In 1952 Mavis Gallant (1922–2014) left a successful career as a journalist in Montreal to live independently as a writer of fiction in Europe. She had gained international recognition in 1951 when she was published in the New Yorker, which in subsequent years released over one hundred of her short stories, most of which are set in European cities or Montreal. Random House published twelve volumes of her work. Gallant was awarded the 1981 Governor General’s Award for Home Truths, the 2002 Rea Award for the Short Story, and the 2004 PEN/Nabokov Award for lifetime achievement. She was a companion of the Order of Canada, the country’s highest honor.

After traveling widely in Europe, in 1960 Gallant settled in Paris, where she died in 2014. The Journals of Mavis Gallant: 1952–1969 is tentatively scheduled for publication by Alfred A. Knopf in 2015. See more books by Mavis Gallant. Follow Open Road Integrated Media on Facebook | Twitter Subscribe to Open Road’s Newsletter Buy the book: Amazon | Barnes & Noble | Apple iBookstore | Google Play | Kobo ***

Visit each blogger on the tour: tweeting about the giveaway everyday of the Tour will give you 5 extra entries each time! [just follow the directions on the entry-form] US only giveaway: your choice of kindle/epub of this book


CLICK ON THE BANNER TO READ OTHER REVIEWS, AND AN EXCERPT