Welcome to my stop on the Virtual Book Tour, presented by Tasty Book Tours, for The Viscount Who Lived Down the Lane by Elizabeth Boyle.  Please leave a comment or question for Elizabeth to let her know you stopped by.  You can enter her tour wide giveaway, where her publisher is giving away ten (10) print copies of The Viscount Who Lived Down the Lane, by filling out the Rafflecopter form below.  You can also follow the rest of her tour by clicking on the banner above, the more stops you visit, the better your odds of winning. 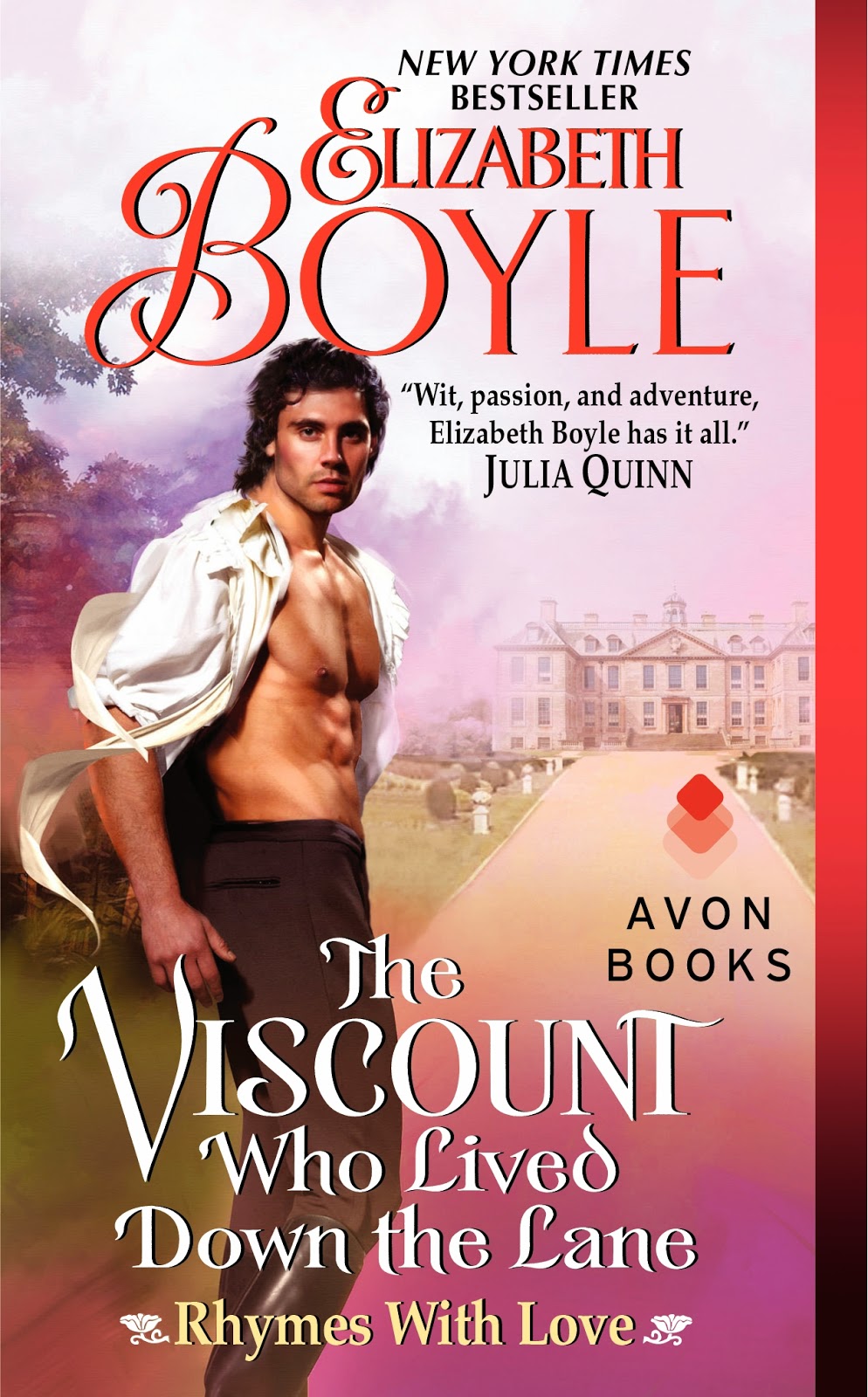 The Viscount Who Lived Down the Lane
By Elizabeth Boyle
Rhymes With Love, Book 4

She has no desire for love...

As she arrives in Mayfair, Louisa Tempest is horrified when her incorrigible cat bolts from the carriage and dashes into a neighbor's house, where she comes face-to-face with the reclusive Viscount Wakefield. But even more dismaying than his foul temper is the disarray in which she finds his home. Convinced his demeanor would improve if his household were in order, Louisa resolves to put everything to rights.

...until she meets the viscount who lives down the lane.
Much to his chagrin, Wakefield finds it impossible to keep the meddling Louisa out of his home, invading his daily life with her "improvements," and his nights with the tempting desires she sparks inside him. Wounded in the war, he's scorned society ever since his return . . . until Louisa opens the door to his heart and convinces him to give love a second chance.

“What is it, Haley?” Lord Charleton asked, spar- ing a glance at the door of the breakfast room where his secretary stood, hovering about like a nervous sparrow. “Is it Rowland? Tell me he hasn’t landed in the suds yet again.”

The man’s brow furrowed a bit. “Couldn’t be Wakefield.”

“Certainly not, my lord.”

The baron glanced up. “Wouldn’t mind if it was. Demmed waste having him mope about, locked up in that house of his.”

“Indeed,” the secretary replied, and if Charleton wasn’t mistaken, there was a note of irony to the man’s declaration—one he chose to ignore, instead pinning a glance on the impudent fellow.

Under the scrutiny, Haley’s jaw worked back and forth as if the words were stuck there in his craw.

“Well?” Lord Charleton prodded. “Out with it. Before my kippers grow cold.” As it was, the baron shoved his plate forward and set down the paper he’d been reading.

Mr. Haley cleared his throat and held out a letter. “I’ve come across a small debt your wife owed—”

There it was. That cold stillness that came every time someone had the nerve to mention Isobel’s name.  How  Lord  Charleton  wished  he  could forget her passing so this wrenching pain would fade from his heart. Yet, still, even a year after her loss, it was a sharp ache he woke up with, one that haunted him even after he closed his eyes at night.
Now here was his secretary bringing her up when he’d quite forbidden the matter.

“Pay it,” he ordered in a tone that said he wanted nothing further to do with any reminders of her.

“But, my lord—” Haley shuffled about.

Lord Charleton removed his glasses and slowly cleaned them. Then once they were perched back up on his nose he stared coldly at the fellow. He was a good man, Haley. An excellent secretary, but why the man continued to bring up Lady Charleton, the baron could not understand. Speaking slowly and deliberately, so there was no mistaking the matter, he said, “You know what to do. Take care of the matter and leave me be.”

“If you insist, my lord . . .” Haley’s voice trailed off tentatively. It wasn’t so much a reply as one last prod.

Truly? He was going to ask yet again? If he wasn’t the most thorough and honest fellow the baron had ever hired—well, actually Lady Charleton had found him and insisted he be hired, but that wasn’t the point. Haley had become rather cheeky of late and Charleton wanted nothing more than to fire him on the spot.

But Isobel wouldn’t have approved, and so Charlton inclined his head, reined back his ire and said with a final note, “Just see to it as Her Lady- ship would have wanted.” Then he went back to his paper and ignored Haley, who stood for a few more moments in the doorway.

And if the baron had looked up, he might have seen the wry, wily smile that had led Lady Char- leton to hire Mr. Haley in the first place.

“You should have left that foul creature back in Kempton, Miss  Tempest,”  Mrs.  Bagley-Butterton complained for about the hundredth time.

Which equaled the number of times Hannibal had let out that ear-piercing yowl from the basket in which he was trapped.

“He  doesn’t  like  being  penned  up  so,”  Miss Louisa Tempest said in defense of her cat. “And I couldn’t leave him behind.”

There  was  a  sigh  of  resignation  from  beside Louisa. Miss Lavinia Tempest, Louisa’s twin, made a very deliberate show of looking out the window. She wasn’t about to rise to Hannibal’s defense.
Never would.

“I only hope your godmother is an understand- ing sort,” the matron continued, shifting in her seat in the carriage and eyeing the large basket on Louisa’s lap with an air of disdain and suspi- cion. She had protested vehemently against the cat being brought along, but she could hardly prevent the matter when the carriage conveying them to London belonged to the girls’ father, Sir Ambrose Tempest. “I know I wouldn’t have that cat in my house.” She sniffed loudly. 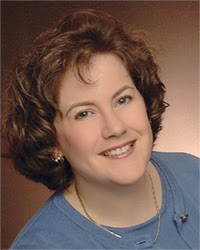 Elizabeth Boyle was an antipiracy paralegal for Microsoft before settling down to write full-time. Her first novel, Brazen Angel, which won Dell's Diamond Debut Award in 1996, also won the Romance Writers of America's RITA Award for Best First Book, and was a finalist for Best Long Historical Romance. She lives with her husband in Seattle, Washington. She is also the author of Brazen Heiress.

a Rafflecopter giveaway
Posted by Maria at Friday, November 28, 2014