Virtual Tour & Giveaway for Dead On Her Feet by Lisa Fernow

Welcome to my stop on the Virtual Tour, presented by Goddess Fish Promotions, for Dead On Her Feet by Lisa Fernow.  Please leave a comment or question for Lisa to let her know you stopped by.  You can enter her tour wide giveaway by filling out the Rafflecopter form below.  You must comment in order to enter.  You can also follow the rest of Lisa’s tour by clicking on the tour banner above, the more stops you visit, the better your chances of winning.

Such a great question!  I had a hard time picking my favorites but here goes: 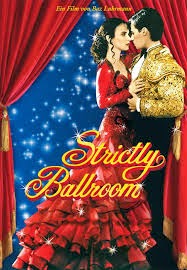 My favorite dance movie of all time is an Australian gem, Strictly Ballroom.  According to IMDb it’s the story of a young maverick dancer who tries to succeed with his new partner, but I think the story is really about her.  She blossoms from ugly duckling beginner to a confident, beautiful dancer.  Either way, both find their true selves – and beauty - through dance.  The film is hilarious and inspiring.  Watch it!
(Maria here - I love this movie!)

As a tango dancer, and author of the tango mystery Dead on Her Feet, I also (naturally) have my favorite movies featuring this exotic and sensual dance.  Before YouTube there was very little tango on film, so I bought every movie I could find and watched them over and over and over, milking every moment, hoping somehow to absorb its lessons into my body. 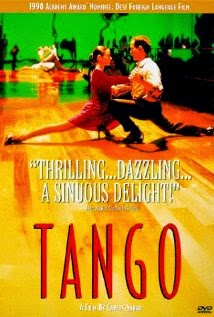 Carlos Saura’s Tango is probably my favorite because it shows a lot of the Buenos Aires tango scene.  I recognize some of the places they filmed and even a few of the extras!  Some of the performances are clearly meant as spectacle.
(Maria here - I've never seen this but
I'm adding it to my list)

But here’s a lovely dance featuring Juan Carlos Copes.  I believe his partner in the film is actually his daughter in real life:

Then there is the stage.

Carlos Gavito is one of my favorite tango performers.  He starred in the show Forever Tango.  He was also a wonderful teacher.  Gavito is the maestro I referred to in Dead On Her Feet who said, “Place your hand around your partner as if you’re placing it over your own heart.” So poetic.  Sadly, he died in 2005 but you can find him forever on this YouTube clip with Maria Plazaola dancing to some of the most heartrending music I have ever heard. I think it’s Pugliese.

Note:  all of this is performance tango.  If you tried any of this on the social dance floor the Argentines would bump you off the pista.  To get a sense of the difference, here’s Gavito again, this time in a classroom setting dancing a social tango, filmed by one of his students.

Which do you like better?  Performance or social tango?  I’d love to hear what you think.

And if you want to stay in touch, sign up for my email list on www.lisafernow.com and I’ll send you a free PDF of my favorite 13 Female Sleuths Behaving Badly! 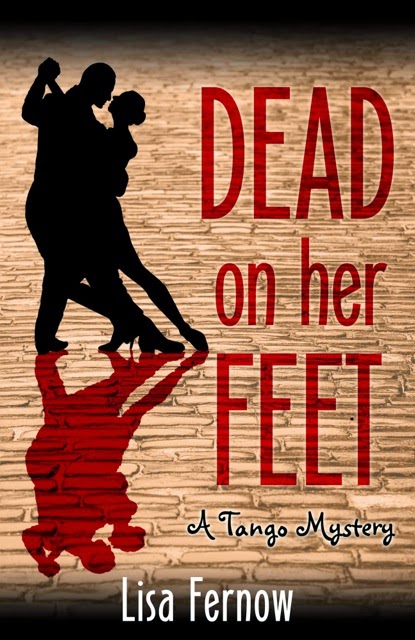 Dead On Her Feet: A Tango Mystery

What happens when a dancer violates the tango code?

Tango instructor and chronic rule-breaker Antonia “Ant” Blakeley has no respect for authority. So when a much-hated member of the Atlanta tango community is stabbed in the middle of the dance floor, leaving her troubled nephew Christian first on the list of suspects, the last thing she wants to do is use her tango expertise to help the police work out how someone could have struck the fatal blow, unseen. As someone who has experienced police incompetence first hand Antonia doesn’t trust them to find the real killer. So she lies to give Christian an alibi, and the coverup begins.

Unfortunately for Ant, former marine Detective Sam Morrow is on the case and he will do whatever it takes to solve the crime. He’s not about to let Antonia hijack his case. As both Ant and Sam investigate (or in Ant’s case, interfere), the two sleuths are about to find out the more antagonistic meaning of “it takes two to tango.”

“Tango can be about many things—seduction, longing, nostalgia, intimacy, tenderness— you get the picture. Whatever the music and the moment inspires. This song isn’t one we normally dance to but I happen to think it’s a beautiful piece, especially if you understand the words. It’s called ‘Uno.’ One.” Uno, oh yeah, she thought.

“He gave away his heart to a woman who betrayed him and now he can’t love the way he used to. That’s life and death stuff.” She was pleased to see Christian nodding, solemnly. “For this exercise I want you to move with whatever emotion inspires you. No partners. Walk around the room in the line of dance, counterclockwise, everyone, remember? Don’t worry about steps, the idea is to get used to feeling the music and transmitting it through your bodies.”

Antonia started the track, savoring the instrumental opening. When Sosa finally started to sing the yearning in his voice punctured her heart as it never failed to do. The class shuffled around the room, some self-consciously, others with more abandon. One of the Emory students seemed to be channeling Martha Graham, in a good way.

Something out of the corner of her eye caught her attention: a stranger, not that much taller than she was, standing in the doorway. His military bearing, neatly trimmed mustache, and close-cropped sandy hair would have conveyed unyielding strength if it hadn’t been for the fact that his eyes were pale blue and his nose had been broken at least once. He would have been just her type if she were interested in a relationship. 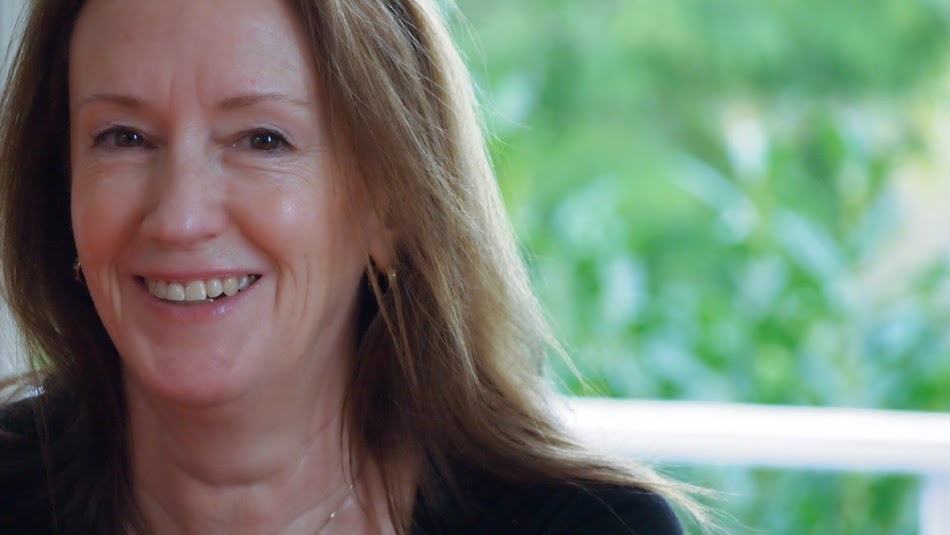 Lisa Fernow grew up on the classic mysteries of Ngaio Marsh and Elizabeth Peters.

Lisa has danced Argentine tango since 1996, studying with such legendary masters as Cacho Dante, Susana Miller, and Brigitta Winkler, as well as other inspiring instructors in Atlanta, Seattle, and Portland.

Lisa’s short story,Death of a Tango Dancer was featured in King County Library’s Take Time to Read program. She lives in Seattle, Washington. Dead on Her Feet is the first book in a planned series set in the tango world. Read more at www.lisafernow.com.

a Rafflecopter giveaway
Posted by Maria at Thursday, October 16, 2014