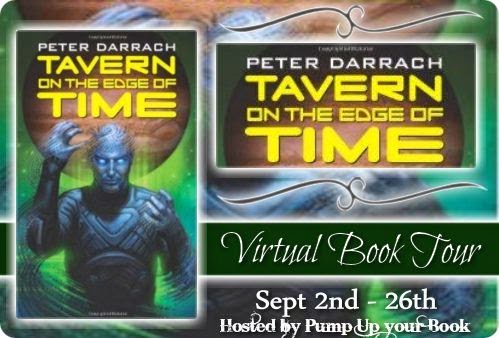 Welcome to my stop on the Virtual Book Tour, presented by Pump Up Your Book, for Tavern On The Edge Of Time by Peter Darrach.  Please leave a comment or question for Peter to let him know you stopped by.  You can follow Peter’s tour here.

Why I Love (and Write) Sci-fi Novels
By Peter Darrach, author of Second Skin, Second Skin Too, and the Tavern on the Edge of Time(www.peterdarrach.com).

What child does not dream of fantastic places to color the drab everyday world all around, to people it with extraordinary creatures involved in amazing exploits?  As a youth in London, I found my solace in fairytales, and then, in New York, in science fiction, devouring fanatically everything that came to hand.

Adolescence has a way of derailing one’s interests, of course, and so, for a while my love of the genre lay dormant, only to spring alive after decades of  executive drudgery in the work-a-day world, and again afford me the pleasure of pure, unadulterated fantasy.

To be sure, those working years added a strong foundation of fact-based description, to explain the opportunity to mine metals in space, an asteroid’s mineral composition, or even particle physics, for example, which all lend a hand in forming a realistic setting... a stage on which the action can play out.

And now the hand that draws those characters, that framed those familiar but still exotic worlds was my own—the figures in the stories, my friends, with souls, and dreams of their own, living to love, to fight, to attack and protect—a whole universe, or indeed, multiple cosmoses at my command through the purest of creative forms, where virtually everything is possible.

Better yet, to hear back from fans, who agree that I have succeeded in transporting them to this space for a time, so that they might claim that “reading my books is like dreaming with your eyes open”—that’s why I enjoy science fiction, especially writing it. 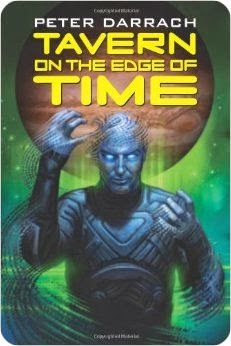 Tavern on the Edge of Time

During the year 2125, former asteroid miners Max Cody and Elaine Zhou never get a moment’s rest. No sooner have they doused the flames of war between Earth and Mars or returned from their first trip to the Tavern on the Edge of Time when they are called upon to help fit out the fledging Martian colony orbiting Jupiter’s moon Callisto.

In parallel, Earth extradites the war’s fomenter, ex-billionaire arms merchant Xanthus Rex, hoping to gain from his insights into Martian teleportation technology, but he manages to turn Earth’s resources toward private revenge against Max, Mars, and the Callisto Colony. In the meantime aliens are leaking into the Earth-Mars continuum from the Tavern, whose proprietor repaired and upgraded Max after accidentally injuring him during an asteroid mining expedition.

Max’s enhancements help, of course, but when strange beings with the power to animate matter—the Assemblers—find their way to Earth, Max, Mars, and humanity are sorely beset. Worse yet, the Tavern itself is becoming unstable, its acquisitive host having overstretched his considerable powers. His prospecting for collapsed neutron matter has also opened portals between continua, inadvertently adding still more aliens to the mix.

That’s when the Assemblers’ overlord arrives and Max finally meets his match. Oh, and Elaine is expecting their hybrid baby. Yes, you might say these are difficult times at the Tavern on the Edge of Time. 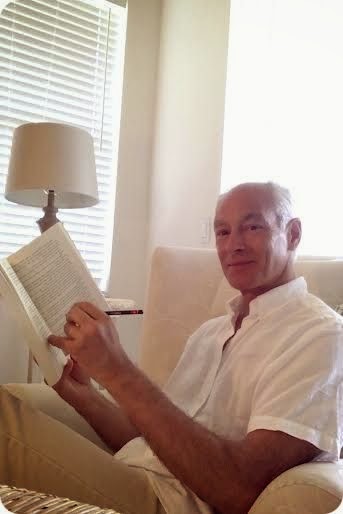 Peter Darrach has lived in New York, London, Prague, Munich and Vienna. He holds a Bachelor of Arts degree in English Literature and a Master of Arts degree in German Literature, both from Pennsylvania State University. Darrach pursued a career in sales and marketing in fields as diverse as amusement parks and retail before moving to Europe in 1991.

Since then he has worked in Eastern and Western Europe, holding a series of executive positions with blue chip FMCG companies.  Most recently he has returned to the U.S. to pursue his career as a business coach and fiction author and currently lives in Florida.

His latest book is the sci-fi, Tavern on the Edge of Time.