TLC Book Tour & Giveaway for The Betrayed by Heather Graham 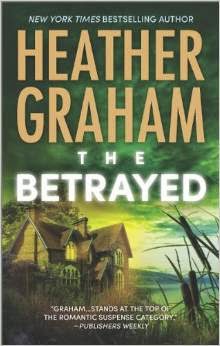 The Betrayed
By Heather Graham
Krewe of Hunters, Book 14

Maureen—Mo—Deauville now lives in the historic town and works with her dog, Rollo, to search for missing people. She’s actually the one to find Richard…or more precisely his head, stuck on a statue of the legendary Headless Horseman.

Mo and Aiden, a new member of the Krewe of Hunters, the FBI’s unit of paranormal investigators, explore both past and present events to figure out who betrayed Richard, who killed him and now wants to kill them, too. As they work together, they discover that they share an unusual trait—the ability to communicate with the dead. They also share an attraction that’s as intense as it is unexpected…if they live long enough to enjoy it!

Continuing my quest to read more books preparing me for the fall season, I happily picked up the next installment in the Heather Graham’s Krewe of Hunters series.  Set in secluded village of Sleepy Hollow, The Betrayed, gives us the story of Aiden Mahoney, a New York FBI agent, with a missing friend and Maureen “Mo” Deauville, an “expert consultant” on the search and rescue team.  Mo and her wolfhound Rollo, are the search team lucky enough to find Aiden’s dead friend.

Ms. Graham does a good job developing Aiden and Mo’s characters and providing the reader with the rich history of the local area, especially the history tied to Washington Irving and his “Legend of Sleepy Hollow” story.  Showcasing the differences between Aiden, a man used to living in the big city, and Mo, a woman who prefers the quiet of a country village, Ms. Graham uses the investigation and their sexual attraction to bring them together.

The secondary characters are also well developed and it was nice seeing the “krewe” members working with an agent who wasn’t comfortable about their involvement or the paranormal angle the case took.  I also enjoyed getting to see Mo’s relationship with Rollo, her wolfhound, because I’ve always had a weak spot when it comes to large dogs.

The story’s pace is good and the mystery surrounding the killer’s identity is also well handled.  One thing that was different about this book, at least from the previous book in the series I read, was how the main characters dealt with their “paranormal gift”.  Aiden didn’t really think he had a gift, or if he had a gift he thought it was pretty much dormant and Mo’s gift manifested itself in an unusual way.  I won’t give more details so you can enjoy discovering how her gift worked for yourself.

Will Aiden and Mo be able to solve his friend’s murder?  Will their relationship blossom into something more? You’ll have to read The Betrayed to find out.  I enjoyed it and look forward to reading the next book in this series. 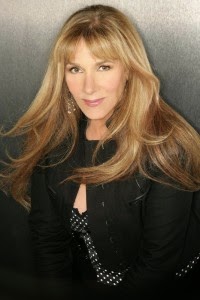 About Heather Graham
New York Times and USA TODAY  bestselling author Heather Graham has written more than a hundred novels and has been published in more than 20 languages. An avid scuba diver, ballroom dancer and the mother of five, she enjoys her south Florida home, but loves to travel as well, from locations such as Cairo, Egypt, to her own backyard, the Florida Keys.

Reading is still the pastime she still loves best, and she is a member of many writing groups. She’s a winner of the Romance Writers of America’s Lifetime Achievement Award, and the Thriller Writers’ Silver Bullet. She is an active member of International Thriller Writers and Mystery Writers of America, and also the founder of The Slush Pile Players, an author band and theatrical group.

Visit the other stops on the tour here

a Rafflecopter giveaway
Posted by Maria at Thursday, September 25, 2014