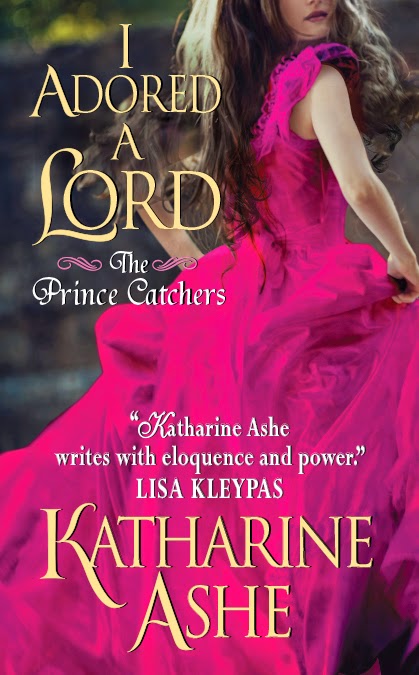 She’s intended for his brother. He’s destined for adventure. Then a dangerous mystery throws them together, and all they want is each other.

All that clever, passionate Ravenna Caulfield wants is to stay far away from high society’s mean girls.

All that handsome, heroic Lord Vitor Courtenay wants is to dash from dangerous adventure to adventure.

Now, snowbound in a castle with a bevy of the ton’s scheming maidens all competing for a prince’s hand in marriage, Ravenna’s worst nightmare has come true. Now, playing babysitter to a spoiled prince and his potential brides, Vitor is champing at the bit to be gone.

When a stolen kiss in a stable leads to a corpse in a suit of armor, a canine kidnapping, and any number of scandalous liaisons, Ravenna and Vitor find themselves wrapped in a mystery they’re perfectly paired to solve. But as for the mysteries of love and sex, Vitor’s not about to let Ravenna escape until he’s gotten what he desires…

A door creaked behind the wooden choir boxes. Vitor bent his head and waited. Sandaled footsteps shuffled toward him and paused at his side. The hermit knelt on the cold steps, the clacking beads of his rosary muffled in the wool of his habit.
“In nomine Patris, et Filii, et Spiritus Sancti.” No whiff of wine accompanied the murmured words. Yet.
“Amen.”
“What sin have you committed for which you seek absolution, mon fils?” the priest said, then added, “This time.”
“Father …” Vitor rubbed a hand across his jaw.
“Did you act in anger?” The hermit asked this according to ancient tradition, urging a confession from the sinner through questioning. During the two years Vitor had lived in a hilltop monastery in the Serra dal Estrela, he’d read everything in the library of the Benedictine brothers, including confessor manuals. This hermit now did not fix upon the sin of anger at whim. He knew Vitor’s special interest in it.
“No,” he replied, his throat dry. “Not anger.” Not this time.
“Greed?”
“No.”
“Pride?”
“No.”
“Envy.”
“No.”
“It could not have been sloth.” The hermit’s voice gentled. “You’ve never slept a full night in your life, young vagabond.”
“No.” Get to the relevant sin.
“Did you lie?”
“No.”
“Did you steal?”
A case could be made for it. “Not quite.”
“Did you covet your neighbor’s goods?”
Momentarily, though “goods” didn’t quite express it, really. “No.”
“Son—”
“Father …” Vitor pressed his brow into his knuckles.
The priest paused for a moment that stretched in the chill air. “Did you commit murder again?”
“No.”
The Frenchman’s breath of relief whispered across the chancel. He sat back on his heels and folded his arms within voluminous sleeves. “Then what did you do that brings you from the gathering at the house where your half brother needs you now?”
“I kissed a girl.”
Silence.
“Father?”
“Vitor, you are bound for the madhouse.”
“Or hell.” He raked his hand through his hair and turned to the priest. Patient tolerance lined the old Frenchman’s face. Vitor shook his head. “I shouldn’t have done it, Denis.”
“You might be taking those monastic vows too seriously, mon fils, especially since you left them behind six months ago.” He lifted shaggy brows. “Or so you told me then.”
After the war, the monastery had made an excellent retreat. But Vitor’s fathers, the Marquess of Airedale and Prince Raynaldo of Portugal, complained. Where was the man loyal to both families, the man they had depended upon to do dangerous tasks, to loyally serve both England and Portugal at once? Where was the man hungering for adventure?
Bound to a chair, beaten and cut.
The monastery had suited him. For a time. But once he had put away his anger he’d been eager to move on.
“It isn’t about the vows.” He turned his face to the bare altar fashioned of granite hewn from this mountain. “She wasn’t exactly a girl.”
A choking sound came from beside him. “Perhaps it’s time we have a chat about that monastery after all.”
Vitor cut him a scowl. “Oh, good God, Denis. She was female.”
“Ah. Bon.” The old priest again sighed in relief. “Are you confessing the sin of fornication, then?”
“No.” Vitor turned to sit on the step, relieving the ache in his leg that she’d struck with the hardest pitchfork in Christendom. He rubbed a palm over his face. “I only kissed her.”
The hermit chuckled. “If she took money for only that, she should be the one confessing.” Denis reached into a fold of his habit and drew out a flask.
“She wasn’t a puta. She was a lady.” Albeit wearing a gown fit for a servant and lurking in a stable at midnight. “I frightened her.” Anger and indignation and fear had all swum in her eyes. Beautiful black eyes. She’d seemed an angel in the lamplight. A dark, alluring angel. “It was as if a demon drove me. She was there”—beneath him, her curves cushioning him, her small body lush and entirely feminine, her eyes flashing—“and I wanted to kiss her more than I’ve ever wanted anything in my life.” 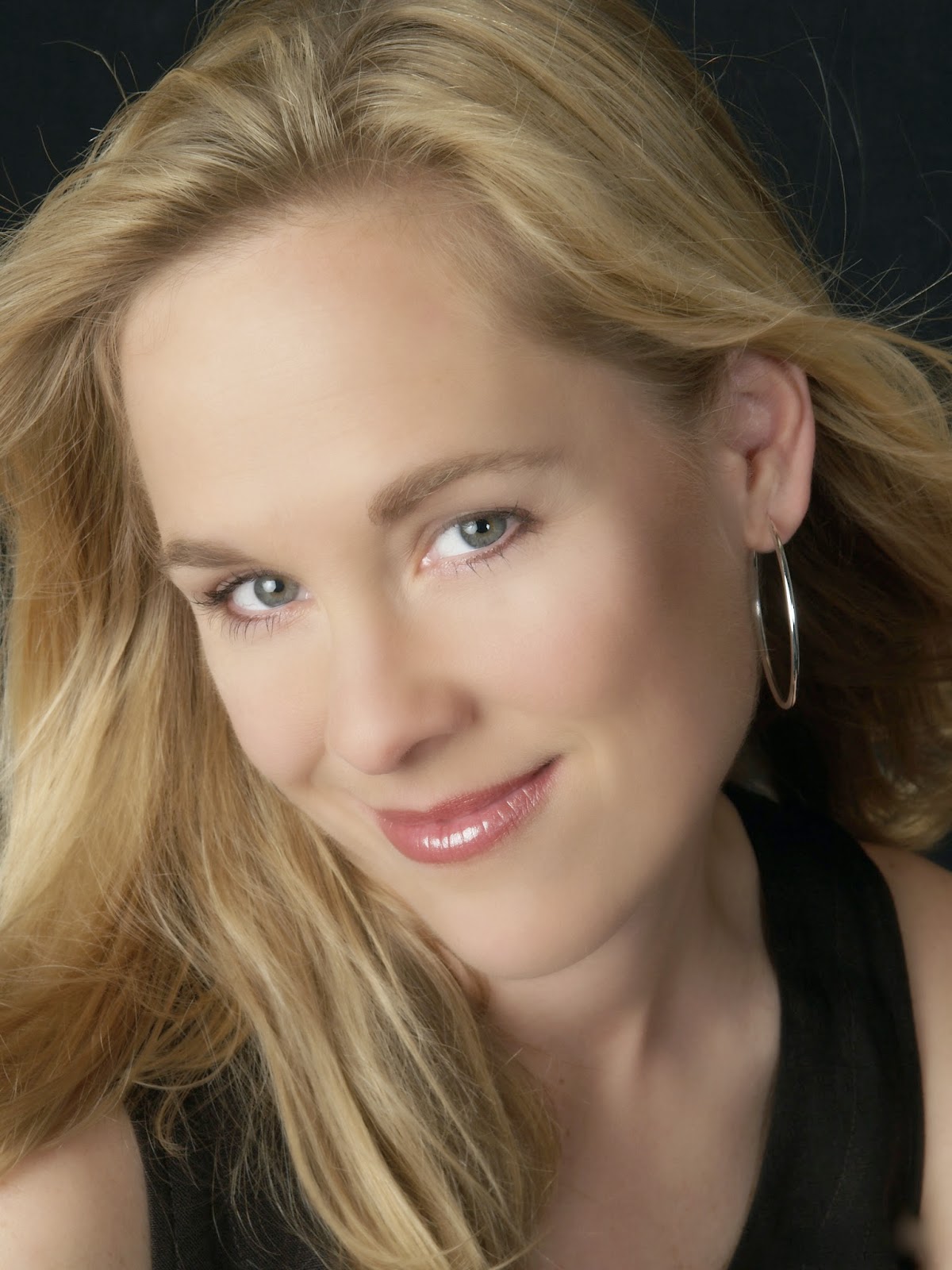 Award-winning, best-selling author KATHARINE ASHE writes intensely lush historical romance, including How To Be a Proper Lady, among Amazon's 10 Best Books of 2012 in Romance, and eight other acclaimed novels set in the era of the British Empire. With the publication of her debut novel in 2010, she earned a spot among the American Library Association's "New Stars of Historical Romance."

She was a nominee for the 2013 Library of Virginia Literary Award in Fiction, and in 2011 she won the coveted Reviewers' Choice Award for Best Historical Romantic Adventure. Katharine is also a finalist for the 2014 RITA® Award, the highest honor in the romance fiction industry, for How To Marry A Highlander.

She lives in the wonderfully warm Southeast with her beloved husband, son, dog, and a garden she likes to call romantic rather than unkempt. A professor of European History at Duke University, Katharine writes fiction because she thinks modern readers deserve high adventure and breathtaking sensuality too. For more about her books, please visit her at www.KatharineAshe.com.

Thanks for visiting my stop on the Virtual Book Tour, presented by Tasty Book Tours, for I Adored A Lord by Katherine Ashe.  You can follow the rest of her tour stops here, the more stops you visit, the better your odds of winning her tour wide giveaway.
Posted by Maria at Wednesday, August 13, 2014