Book Tour & Giveaway for The Greenland Breach by Bernard Besson 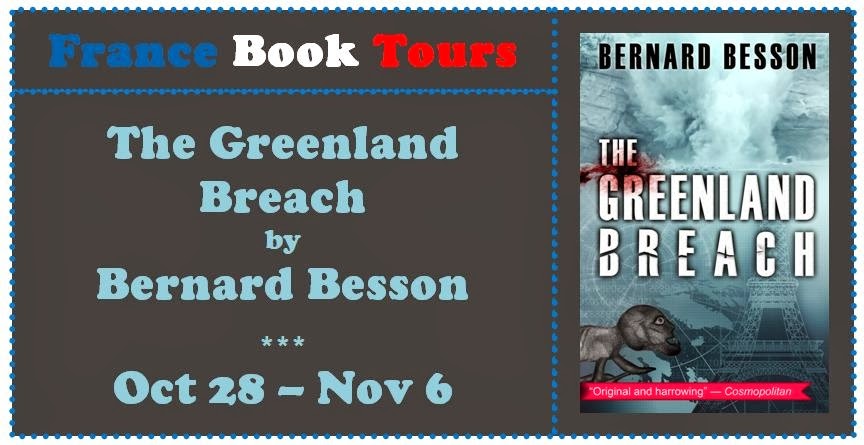 Join author Bernard Besson on his Virtual Book Tour for The Greenland Breach, presented by France Book Tours, from October 28- November 6.  Please be sure to leave a comment or question for Bernard to let him know you stopped by.  You can enter the giveaway by filling out the Rafflecopter form below.  You can also follow the tour here. 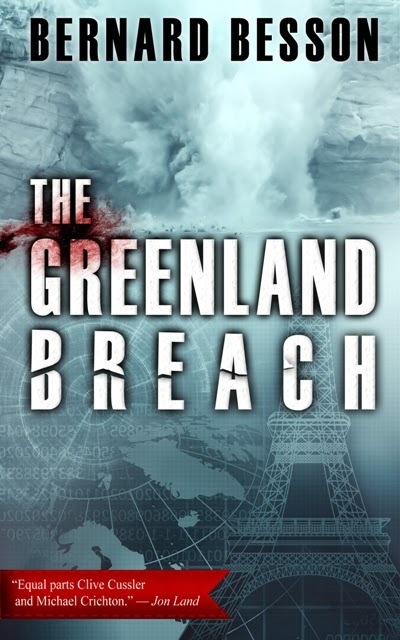 The Greenland Breach
By Bernard Besson

What does global warming really mean for geopolitics? Espionage, intrigue, economic warfare and behind-the-scenes struggles for natural resources. In this stylish, fast-paced tale, a plausible vision of climate catastrophe combines with French freelance spies and Bond-like action forming a gripping page-turner of a thriller.

The Arctic ice caps are breaking up. Europe and the East Coast of the Unites States brace for a tidal wave. Meanwhile, former French intelligence officer John Spencer Larivière, his karate-trained, steamy Eurasian partner, Victoire, and their bisexual computer-genius sidekick, Luc, pick up an ordinary freelance assignment that quickly leads them into the heart of an international conspiracy. Off the coast of Greenland, a ship belonging to the French geological research firm Terre Noire is in serious trouble. The murder of an important scientist jeopardizes evacuation. Is it related to the firm’s explorations? Is the rival Canadian-based scientific and economic development corporation, Northland Group, involved?

On land another killer is roaming the icy peaks after researchers, while a huge crevasse splits Greenland apart. What are the connections? In the glacial silence of the great north, a merciless war is being waged. Global warming and subsequent natural disasters hide international rivalries over discoveries that will change the future of humanity. This riveting thriller by prizewinning novelist and former top-level French intelligence officer is like a French-style James Bond team walking into Ronald Emmerich’s The Day After Tomorrow, but much closer to home. 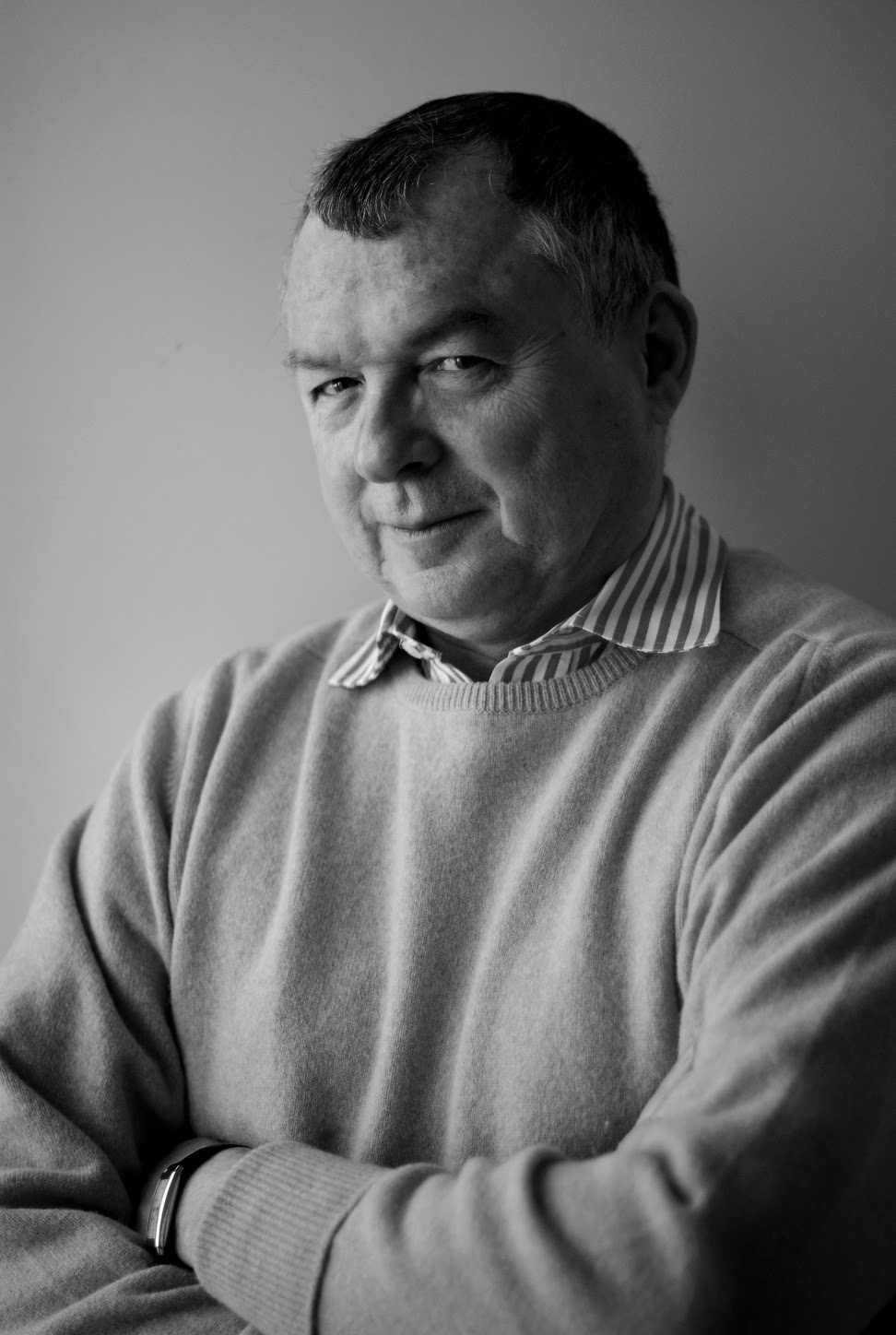 Award-winning thriller writer Bernard Besson, who was born in Lyon, France, in 1949, is a former top-level chief of staff of the French intelligence services, an eminent specialist in economic intelligence and Honorary General Controller of the French National Police. He was involved in dismantling Soviet spy rings in France and Western Europe when the USSR fell and has real inside knowledge from his work auditing intelligence services and the police. He has also written a number of prize-winning thrillers and several works of nonfiction. He currently lives in the fourteenth arrondissement of Paris, right down the street from his heroes.
Author page: http://www.lefrenchbook.com/our-authors/bernard-besson/
Julie Rose is a prize-winning, world-renowned translator of major French thinkers, known for, among other works, her acclaimed translation of Victor Hugo’s Les Misérables, which was published by Random House in 2008. She has translated twenty-eight books, including many French classics, and writes on the side. She lives in her hometown of Sydney, Australia, with her husband, dog and two cats.

Focusing on events leading to the end of the world as we know it, Bernard Besson’s The Greenland Breach is a well written corporate/political espionage thriller. Told from multiple points of view, and taking place in multiple settings, Mr. Besson’s characters are well developed and engaging.  Good dialogue and an interesting mystery kept me turning the pages to discover what was going to happen next.

When partners and lovers, John Spencer Larivière and Victoire Augagneur, are offered a large sum of money for a “freelance job” by the CEO of Northland, an oil and gas company, they can’t agree on whether or not they should take the job.  While John stresses the need their small consulting firm, Fermatown, has for both cash and clients, Victoire suspects their job may involve more than just “babysitting” the CEO’s daughter.  After accepting the job, they are then asked to “obtain” information on what Northland’s rival, French company Terre Noire, has aboard their ship, the Bouc-Bel-Air.  Soon John, Victoire and Luc, Fermatown’s computer specialist, find themselves in the middle of a global conspiracy while the world’s shifting climate begins to tear everything apart.

While slowly paced through the opening chapters, Mr. Besson’s story picks up the pace as the events taking place in both Greenland and the rest of the world heat up.  John, Victoire and Luc soon find themselves neck deep in danger, with John facing the most danger when he heads to Greenland to try to get to the truth.  While a silent villain, it’s clear that corporate greed, man’s lack of concern over the environment, and progress itself have brought everything to a cataclysmic point.

Will John be able to outsmart and outmaneuver the agents hired by their competition?  Will Victoire and Luc be able to provide John with backup when he needs it?  And what will happen to us all when two rival companies are determined to decide the world’s fate based on what they discover in the deepest ice from Greenland? You’ll have to read The Greenland Breach to find out.  I enjoyed it and look forward to reading more of Mr. Besson’s work.

FTC Disclosure: I received a complimentary copy of this book in exchange for a fair and honest review courtesy of the publisher via NetGalley.


a Rafflecopter giveaway
Posted by Maria at Tuesday, November 05, 2013