Meet the courageous men of the Inferno Club as they face their greatest challenge yet: marriage!

Sebastian, Viscount Beauchamp, lives by a code of honor, and now honor dictates he must marry Miss Carissa Portland. He has no regrets over stealing a kiss from the adorable little busybody—a fitting punishment for putting her delectable nose where it didn't belong. But now, caught in a compromising situation, he knows he must make her his bride. He's faced danger before—but nothing like this!

Carissa is not a gossip—she's a "lady of information." And all she was trying to do was warn the rakehell Beauchamp away from an irate husband. But even she can't flaunt Society, and while her head tells her that Beau's a notorious scoundrel, her heart—and her body—are captivated by his dangerous charm. But when Carissa next goes snooping, the secrets she uncovers about the Inferno Club may prove even more hazardous than falling in love with her own husband. 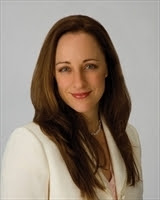 Gaelen Foley is the New York Times, USA Today, and Publisher's Weekly bestselling author of eighteen historical romances set in the glittering world of Regency England. Her books are available in fifteen languages and have won numerous genre awards, such as the Bookseller's Best, the NJRW Golden Leaf (three times), the CRW Award of Excellence, the National Reader's Choice Award, the Beacon, and the Holt Medallion.

A Pennsylvania native, Gaelen holds a B.A. in English literature with a minor in Philosophy from the State University of New York, College at Fredonia, a quaint lakeside village where Mark Twain once owned a home. It was here, while studying the Romantic poets, such as Wordsworth, Byron, and Keats that she first fell in love with the Regency period in which her novels are set. Gaelen lives in western Pennsylvania with her college-sweetheart husband, Eric, and a mischievous bichon frise named Bingley (Mr. Darcy's sidekick in Pride & Prejudice). She is hard at work on her next book.

My Scandalous Viscount, the fifth book in the Inferno Club series by Gaelen Foley, gives us the tale of a notorious rake, who's secretly a spy, who finds himself compromised and "forced"  to marry an incorrigible snoop.  With likable characters, witty dialogue and plenty of romance, Ms. Foley's tale captured my attention from the first page.  While a part of a series, I found that I was able to read and enjoy this book on it's own, though I do recommend you read the books in order if you can.

Well known for his looks and reputation with the ladies, Sebastian Walker, Viscount Beauchamp, is a member of the "The Order", a group of men secretly serving their country as spies.  Temporarily assigned to the home office, due to events which took place in the previous book(My Ruthless Prince), Sebastian is tasked with keeping their secrets safe while their group is being investigated by members of the government.  While it should be an easy assignment, Sebastian finds himself the center of attention of Miss Carissa Portland, the best friend of one of his fellow agent's wife.  Having promised to keep his distance, Sebastian suddenly finds himself fighting his attraction to the aggravating young woman.  He never planned on compromising her reputation or on marrying her to save them both.

Miss Carissa Portland wants to know why her friends have suddenly left town.  Determined to discover what is really going on, Carissa will either discover the truth on her own or get Sebastian to tell her what he knows.  Intelligent, and a keen observer of human nature, Carissa "uncovers" Sebastian's secret dalliance, determined to save him from what she thinks is a trap, she suddenly finds herself involved in a shootout and placed in a compromising position.  While she agrees to marry Sebastian to avoid scandal - she's not sure she trusts him. She also has no plans to obey him.

The scenes between Sebastian and Carissa are well written, funny and highly entertaining.  Ms. Foley did a good job developing them both as individuals and as a couple.  Their romance is sweet, and has just enough spice to keep things interesting.  Both honorable persons, Sebastian and Carissa will need to learn to trust each other and their growing love.  While the focus of this book is their romance, we do get to find out a little bit of what's going on with the other members of the club.

Will Sebastian and Carissa be able to make their marriage work?  And will "The Order" finally put an end to their strongest enemy?  You'll have to read My Scandalous Viscount to find out. I enjoyed this installment and plan to read the previous books.

FTC Disclosure: I was provided a complimentary copy of this book in exchange for a fair and honest review.
Posted by Maria at Wednesday, October 17, 2012