Welcome to my stop on the Book Blast, presented by Goddess Fish Promotions, for Dark Genius by H. Peter Alesso. Please leave a comment or question for Peter to let him know you stopped by. You may enter the tour wide giveaway by filling out the Rafflecopter form below.  You may visit all of the stops on the tour by clicking on the banner above.  The more stops you visit, the better your odds of winning. Good Luck! 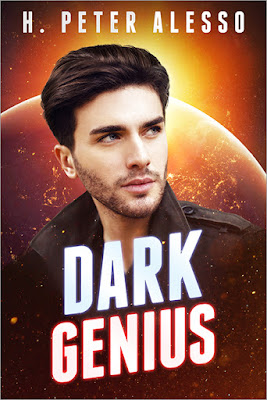 To the insatiably curious—science is the greatest adventure. So, when scientists at CERN announced the discovery of the ‘God’ particle in 2012, all the world wondered, “How did they find it?”

A decade later, despite his past academic failures and egregious family circumstance, Andrew Lawrence embarked on a journey of discovery, competing against rival scientists to be the first to solve the greatest unsolved mystery of the universe—dark matter—and win the ultimate prize; the Nobel.

Emma Franklin, a PhD candidate at Harvard, developed software for detecting particle reactions using a quantum computer. To the amazement and excitement of the scientific community, her work revealed two possible bumps in the energy curve that were not predicted by any established theory.

At MIT, Lawrence created a model that predicted the scattering processes of a dark matter supersymmetry particle. Though his early work was disparaged, he improved his theory and found that it predicted the data Emma had discovered. Their professional collaboration deepened into a personal relationship, but when critical data was stolen, Emma found evidence that incriminated Lawrence. Though she withheld the impeaching material from the authorities, she felt she could no longer trust him.

Despite their troubled partnership, and notwithstanding the complexities of nature, Lawrence and Emma persevered against the egos, jealousy, and envy of rivals, on their exhilarating quest to find the ‘Holy Grail’ of physics.

I thought all was lost—now I have a second chance.

With a profound sense of relief, Andrew Lawrence slide his tablet into his shoulder holster and walked briskly along the Boston sidewalk. His past academic failures and egregious family circumstances were behind him. He was ready for a fresh start.

Tall, slender, and dark-haired, he listened to the clicking and clacking of shuffling shoes on the pavement as students jostled alongside him. The hint of autumn from the cool morning air brought a frenzy of activity to the sprawling campuses of both MIT and Harvard which nurtured a flourishing rivalry among their ambitious students. He could feel the undercurrent of tension for the start of the fall term.

By the time he crossed Longfellow Bridge, his adrenaline was pumping. He noticed several eight-man sculls already rowing down the Charles River, their school colors plainly visible. Squinting his eyes against the glare, he could make out the MIT and Harvard boats vying for the lead, stroke by stroke.

Striding across the rambling campus, his lips concealed a secret smile as he contemplated a revolutionary solution to a problem he had been daydreaming about. When he swung around a corner, he ran smack-dab into a young woman. Her armload of books, papers, and assorted technology flew into the air and scattered across the walkway.

“You should be,” the woman said, her face screwed into a tight scowl. “Your head was in the clouds.”

Lawrence opened his mouth, but before he could speak, she pointed down and said, “See what you’ve done?”

She stooped and frantically tried to corral her absconding belongings.

“Let me help,” said Lawrence, grasping some loose papers about to blow away.

Spying her tablet on the grass, she exclaimed, “Oh no! All my work.”

Carefully, she picked up the device and turned it on, tapping her fingers impatiently until the screen lit up. She heaved a sigh and looked Lawrence directly in the eyes. “You’re lucky. Sooo . . . lucky.”

Lawrence mumbled another apology and helped her pick up the last few books.

As she struggled to reorganize her treasures, Lawrence brushed a strand of hair away from his eyes and for the first time cast an appraising glance at the young woman.

It wasn’t that she was a striking beauty—though her smooth white skin, olive green eyes, and classic profile complemented the hazelnut hair that cascaded over her shoulders. Nor was her carriage especially eye-catching, though she displayed an appealing youthful vitality. No, what seemed most appealing was her confident determined poise, as if she possessed a special hidden talent.

“You really should use a backpack.”

“The lining ripped,” she retorted.

“I can tell by your tone that you’re MIT,” she said, her eyes flashing.

Lawrence grinned, “Physics.” As an afterthought, he asked, “What are you doing on this campus?”

“Well, Mr. Physics, that’s none of your concern.”

Something in the way she said it, caused him to laugh.

They faced each other in a stand-off for a long moment—saying nothing.

Then the young woman heaved a sigh, gathered her possessions to her chest, and brushed past him.

Lawrence watched her figure disappear into the crowd.

Damn. I didn’t get her name.

As he turned to leave, something shiny on the ground caught his eye. It was a flash drive.

Picking it up, he spun around and called, “Wait!”

But she was gone.

He looked at the memory stick, thinking . . .

I’ll have to crack her password, if I’m going to see her again. 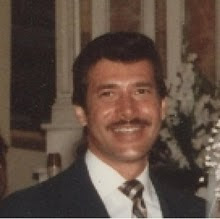 As a scientist and author specializing in technology innovation, H. Peter Alesso has over twenty years research experience at Lawrence Livermore National Laboratory (LLNL). As Engineering Group Leader at LLNL he led a team of scientists and engineers in innovative applications across a wide range of supercomputers, workstations, and networks. He graduated from the United States Naval Academy with a B.S. and served in the U.S. Navy on nuclear submarines before completing an M.S. and an advanced Engineering Degree at M.I.T. He has published several software titles and numerous scientific journal and conference articles, and he is the author/co-author of ten books.

a Rafflecopter giveaway
Posted by Maria at Friday, September 15, 2017