Virtual Tour & #Giveaway for A Christmas In Cornwall by Tamara Gill

Welcome to my stop on the VirtualTour, presented by Goddess Fish Promotions, for A Christmas in Cornwall by Tamara Gill.  Please leave a comment or question for Tamara to let her know you stopped by.  You may enter her tour wide giveaway, where Tamara will award a $10 Amazon/BN GC to one (1) randomly drawn commenter, by filling out the Rafflecopter form below.  You may follow all of the stops on the tour by clicking on the banner above.  The  more stops you visit, the better your odds of winning. 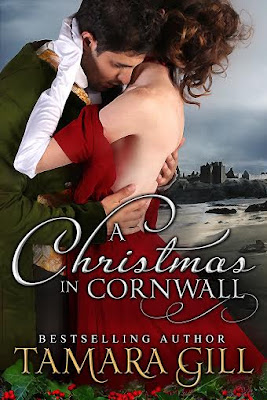 A Christmas in Cornwall
By Tamara Gill

After two failed seasons in town, May Stanford sees her future no longer with her family, but in a nearby convent where she’ll not be anyone’s financial burden. But before she can embark on her new life, May must complete her dealings with the local smugglers, men who have kept a roof over her family’s head during frugal times. One last Christmas at home and her life would change forever. So when William Scott, the Earl of Grandison arrives and crumbles her perfectly planned future to rubble, May is less than pleased.

William, Lord Grandison works for the Crown, and is determined to catch the nuisance Englishmen who dare smuggle along the Cornwall coast. William has never veered from his pursuit of these men working against the law, that was until he meets May Stanford, the maddening daughter of his host for Christmas. May drives him to distraction and forces him to admit to feelings he has never felt before.


But when May and William discover the crippling truth of each other, their secrets will threaten to tear them apart.

A sailing ship rocked on the waves beyond the reef, its sails furled as if stationary. Where they anchored there, and if so, why were they? She squinted and from this distance could just make out a few men scurrying about on deck. But it wasn’t a ship she recognized, certainly none of the smuggling vessels she was familiar with. Her friend and smuggling partner Stephen, wasn’t due to shore for some weeks yet. So who was out there?

She stood and shaded her eyes to get a better view and stilled when she noticed a small wooden craft headed for shore. She’d not noticed it hidden in the waves while she sat. A lone passenger rowed the boat with ease and great precision toward her beach.

With her gaze fixed firmly on him, May hurried toward the cliff face and sheltered behind a boulder. The closer he came the more aware she was of his attire, or lack thereof. Tanned muscles flexed with every stroke of his oar, the contours of his lower arm muscles glistening in the last remaining rays of sunlight. Her breath caught. She’d never seen a man in such a state of undress. As a daughter of a viscount, the men she was usually introduced to were dressed in the height of fashion—knee breeches, waistcoats, jackets and cravats that oozed privilege and breeding.

Not this man it would seem. 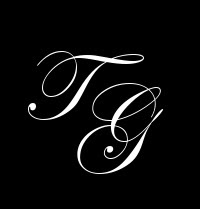 Tamara is an Australian author who grew up in an old mining town in country South Australia, where her love of history was founded. So much so, she made her darling husband travel to the UK for their honeymoon, where she dragged him from one historical monument and castle to another. A mother of three, her two little gentleman’s in the making, a future Lady (she hopes) and a part-time job keep her busy in the real world, but whenever she gets a moment’s peace she loves to write romance novels in an array of genres, including regency, medieval and paranormal. Tamara loves hearing from readers and writers alike. You can contact her through her website, and sign up to follow her blog or newsletter.