Spotlight & #Giveaway for I'll Stand by You by Sharon Sala 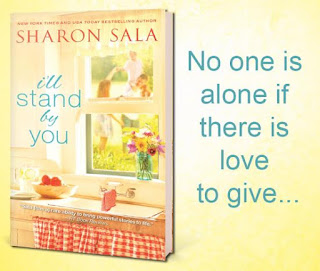 Welcome to my stop on the Virtual Tour, presented by Sourcebooks Casablanca, for the I’ll Stand by You by Sharon Sala.  Please leave a comment or question for Sharon to let her know you stopped by.  You can enter the tour wide giveaway, for a copy of I’ll Stand by You and a diamond hummingbird necklace, by filling out the Rafflecopter form below.  I’ll be posting my review of I’ll Stand by You on Sunday. 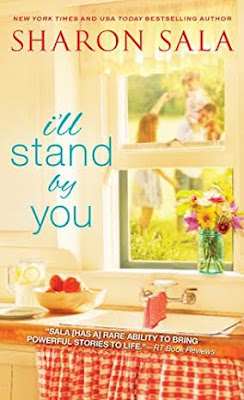 I’ll Stand by You
By Sharon Sala

No one is alone

Dori Grant is no stranger to hardship. As a young single mother in the gossip-fueled town of Blessings, Georgia, she's weathered the storm of small-town disapproval most of her life. But when Dori loses everything within the span of an evening, she realizes she has no choice but to turn to her neighbors.

As long as there is love to give

Everyone says the Pine boys are no good, but Johnny Pine has been proving the gossips wrong ever since his mother died and he took over raising his brothers. His heart goes out to the young mother and child abandoned by the good people of Blessings. Maybe he can be the one to change all that...

“Nothing means a damn thing if I don’t have my baby.”

“And now we get to my suggestion. Do you like Johnny Pine?”

“Yes, of course. He’s been wonderful to us.”

“No, I mean, could you like him as relationship material?”

“That possibility exists,” she said.

She handed the phone back to Johnny.

“Now he wants to talk to you.”

She took the baby and Johnny took the phone.

“I have a suggestion that could bring an end to your troubles.”

“Do you like her enough to consider a personal relationship with her?”

Johnny looked at Dori, then cupped her face and ran his thumb down the side of her jaw.

“Yes, I like her enough to consider a personal relationship.”

Dori shivered beneath his touch as she realized Butterman was asking Johnny the same question he’d asked her.

“Just a minute,” Johnny said and then pressed a button. “Okay, you’re on speaker now.”

“Here’s the deal,” Butterman said. “You two are very young to have such adult responsibilities. You’re both trying to take care of your families on your own, and now DFCS has their nose in your business and is threatening you with removing the children from your custody, right?”

“So this would end tomorrow if you were married.”

Johnny took a quick breath, started to speak, and then found himself staring at Dori instead, waiting for her reaction.

Dori already knew Johnny cared for her because he’d told her. What he didn’t know was that she was very attracted to him.

“Well? Did both of you faint or what?” Butterman asked.

“I’m willing to do whatever it takes to keep our boys,” Dori said.

Butterman chuckled. “Congratulations on your upcoming nuptials. If it were me, I wouldn’t waste any time. Go get the license and find a preacher, and your trouble with Miss Carter is a thing of the past. I assume I am invited to the wedding.” 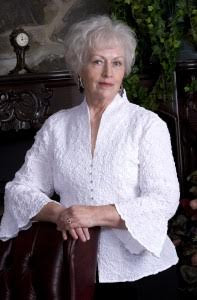 Sharon Sala, who has also written under the name Dinah McCall, has 85-plus books in print, published in four different genres-Romance, Young Adult, Western, and Women's Fiction, and her Young Adult books have been optioned for film. She has been named a RITA finalist seven times by Romance Writers of America, and in 2011 they named her the recipient of the Nora Roberts Lifetime Achievement Award. Her books are New York Times, USA Today, Publishers Weekly bestsellers and published in many different languages. She lives in Oklahoma, the state where she was born.

a Rafflecopter giveaway
Posted by Maria at Friday, June 05, 2015