Time for long, lazy days poolside or on the beach, and of course, a super hot read is a must-have.

Ready for a summer escape? Get 15 contemporary romance stories by best-selling and award-winning authors for 99¢! Each novel and novella has a beach setting, an irresistible love story with HEA, and high sizzle factor. Slather on the sunscreen, grab a cool drink, and get ready to get hot!

Join the Facebook party on June 28th for the official release of the bundle.

Find out more about the books and the awesome authors in the bundle here!

Ecstasy By the Sea by Chris Almeida & Cecilia Aubrey

A honeymoon to remember.

Burn Me by Eirinn Brennan

She was sure of the future until she experienced what else it had to offer.

You can run from your secrets, but you can't hide.

A tall, dark and seriously hot hero and the woman who makes him forget about being so serious.

Damaged souls craving comfort for a moment or a lifetime.

What would you do if you met your soul mate, but you were already married?

The Posse by Tawdra Kandle

One woman, three men, and a beach romance as unpredictable as the riptide.

How to Say Goodbye by Amber Lin

She's here for the summer. He lives on the streets. They'll both learn how to say goodbye.

One unforgettably hot night could lead to forever...or...death...

Sunny and 75 by Scarlett Metal

Can paradise heal their broken hearts or will their pasts come back to haunt them?

She sees shadows that aren't there.

Two Are Better Than One by Suzanne Rock

Two Irish exchange students convince the straight-laced Hannah that two men are better than one.

The Billionaire's Assassin by Margaret Taylor

Adrian Hoyle couldn't know that meeting a hot Hollywood actor would be hazardous to her health.

It's hard not to mix business and pleasure when your business is surfing.

Starting over in the Magic City means believing in second chances when none seem possible.

Excerpt from Ecstasy by the Sea (Countermeasure: Bytes of Life #2) by Chris Almeida and Ceceilia Aubrey

The second story in the steamy spinoff to the COUNTERMEASURE series sees Trevor Bauer and Cassandra James having just tied the knot and moving across the pond to their new digs in Ireland to begin their life as a married couple.

Unbeknownst to Cassandra, Trevor plans the perfect honeymoon getaway down to the daintiest swatch of lace. His detail-obsessed wife won't know what hit her when he sweeps her away for what will result in nothing less than a weekend filled with pure ecstasy by the sea.......

She stopped by the archway to the first floor and took in the fabulous space. "Wow. It's even more beautiful than the pictures and videos Stephan sent us."

Cassandra walked into the kitchen and brushed her hand over the cool surface of the counters and the white subway tiling on the wall. "Nice! Stephan actually pulled off exactly what we asked for."

"Yep. The seventy-inch flat screen I have been drooling over looks awesome mounted on the wall."

"Great movie nights ahead, for sure." He watched Cassandra's eyes pass over the big screen embedded in a large media center surrounded by speakers and every electronic gadget Trevor had lusted after. She grinned and nodded toward the couch. "Even the couch has a nice deep seat for snuggling."

Trevor waggled his eyebrows. "Oh, yeah! And did you see the front door? The restoration results were brilliant. All of the original Georgian details are now showing."

Cassandra chuckled at his enthusiasm. "One would think you were talking about the Mona Lisa."

"Hey! That's an authentic Georgian door! And, considering where we live, it had to be one."

Most of the houses around St. Stephen's Green still retained the classical façades from the Georgian era and sported the traditional bright colored  doors that marked the period.

She shook her head. "Love when you get all geeky about things."

He closed the distance and circled her waist with an arm, pulling her closer. "Should I begin to talk geek now? I know how it turns you on: uploads..." He cupped her face and kissed her lips in a slow, deliberate touch, nipping at her full lower lip.

"Hard drive..." he whispered, running his tongue along the curve of her ear.

"Firmware..." His hand slipped lower and cupped her breast.

About CHRIS ALMEIDA and CECILIA AUBREY

Writing had touched Chris Almeida’s and Cecilia Aubrey’s lives in different ways through the years but had never taken flight. It was in 2010 when Chris and Cecilia met and began role-playing online as a hobby, that writing placed itself front and center in their lives.

Chris and Cecilia have since chosen to release all their titles independently. They have several short stories and two novels published under their own label, Éire Publishing, and are vocal supporters of independent publishing done right. They are currently working on the third novel in their series (and too many other projects).

Through all the chaos and laughter, they still hold true to their roots, bringing their favorite role-play characters and stories to life. 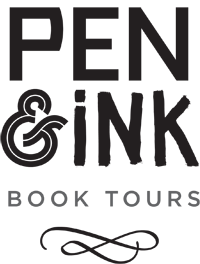