Welcome to my stop on the Book Blast Tour, presented by Goddess Fish Promotions, for Moccasin Trace by Hawk MacKinney.  Please leave a comment or question for Hawk to let him know you stopped by.  You can enter his tour wide giveaway, for a $25 Amazon GC, by filling out the Rafflecopter form below.  You can also click on the tour banner above to follow the other stops on Hawk’s tour, the more stops you visit, the better your odds of winning. 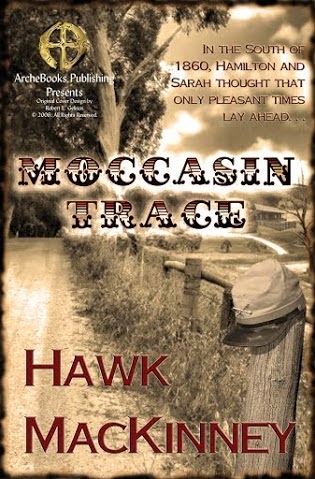 “The most engaging and brilliantly crafted historical work since Margaret Mitchell’s great classic.”
Barbara Casey
Author, The Gospel According to Prissy

Hamilton Ingram looked out across the fertile Georgia bottomlands that were Moccasin Hollows, seeing holdings it had taken generations of Ingrams to build.  No drop of slave sweat ever shed in its creation.  It was about the land…his trust, his duty to preserve it for the generation of Ingrams to come…

It is July of 1859, a month of sweltering dog days and feverish emotional bombast.  Life is good for widower Rundell Ingram and his Hazel-eyed, roan-haired son, Hamilton.  Between the two of them, they take care of Moccasin Hollows, their rustic dogtrot ancestral home, a sprawling non-slave plantation in the rolling farming country outside Queensborough Towne in east Georgia.  Adjoining Ingram lands is Wisteria Bend, the vast slave-holding plantation of Andrew and Corinthia Greer, their daughter Sarah, and son Benjamin.

Both families share generations of long-accepted traditions, and childhood playmates are no longer children.  The rangy, even-tempered Norman-Scottish young Hamilton is smitten with Sarah, who has become an enticing capricious beauty—the young lovers more in love with each passing day, and only pleasant times ahead of them.

But a blood tide of war is sweeping across the South, a tide that might be impossible to stand before.

The Captain lowered his brass spyglass.  "My apologies for having to disturb you," he said to Hamilton.  With full steam and sail for now we have speed on their lead ship.  They'll try to angle us off from the inlet this side of Santa Rosa, but I mean to give 'em no chance of that.  Too shallow in there for them to clear the reef.  Once we get lee to the shoals..." he raised his glass.  "Lead frigate is gaining."  He shook his head.  "First time we've picked up anything this close in."
Sarah walked to the bridge railing and fixed her eyes toward the tall white sails of the onrushing juggernaut.  Her father's enemy, Hamilton's enemy, her enemy; until this moment the battles had been some place far away.  Tall and sleek in the distance, coming toward them, a deadly beauty in the mad fury of men's devotion to destruction and death.
Hamilton asked the Captain, "Will they try to board?"
His jaw set, "When we don't heave to, she'll try to force us to ground.  Failing that they'll use their guns."
The thought of this pirate flag bearing down on them, their seafarers clamoring over the side, stabbed Hamilton into a heated white-hot hate of Yankies -- good ones, bad ones, any of them.
"They're not boardin' us," the Captain said.  "We'll scuttle first.  No Yankee's puttin' a foul foot on my ship, as long as..."
The distant muzzle flash was followed by a muffled boom rolling across the water.  Hamilton sheltered Sarah in his arms.  The shot smacked the water off their port bow, sending up a tall blossoming white plume tall and falling back in a graceful slow splash.
"...a warning shot for us to heave to," the Captain frowned.  "Allows 'em[+> to ]adjust their range."  He eyed Sarah, "Missus Ingram..." he agonized, "To avoid exposing you to harm, I am prepared to yield to..."
"You will do no such thing!" Sarah bristled.  Her head turned toward this full-sailed invader.  "These philistines are in our waters -- attacking us!"  Sarah's blood was up.
"Sarah, the Captain's right," Hamilton said
"No, I say!"  Sarah whirled to face both men.  "We will not yield to those...those barbarians!"  Greer fiery rage showed in full vigor.  Her fists clenched, "You said you could make a run for it!  Our armies need your cargo.  If there's a chance..."  She glowered toward the oncoming menace.
Hamilton saw not the pampered daughter of a rich plantation father, but a wind-whipped chalk-faced New World Jeanne d'Arc girded for battle, blazing with indignation, exchanging armoured horse for ship and English for Yankie, and loved her the more for it.
He nodded to the Captain, "We run for it."
"I know how Papa felt," her lip quivered, "...when he said he hated runnin'."


"...to fight another day," Hamilton hugged her tighter. 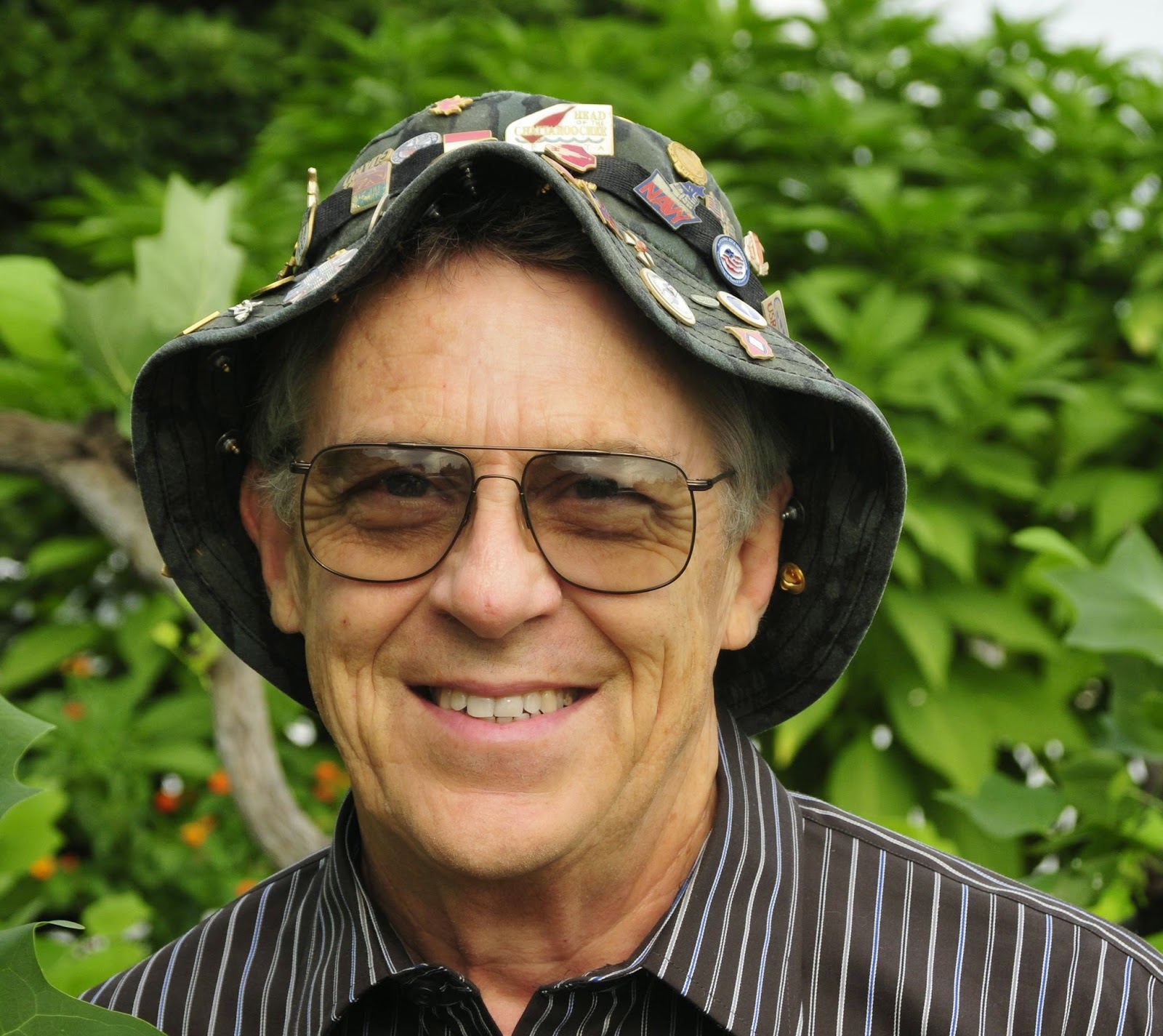 Hawk began writing mysteries for his school newspaper. His works of fiction, historical love stories, science fiction and mystery-thrillers are not genre-centered, but plot-character driven, and reflect his southwest upbringing in Arkansas, Texas and Oklahoma. Moccasin Trace, a historical novel nominated for the prestigious Michael Shaara Award for Excellence in Civil War Fiction and the Writers Notes Book Award, details the family bloodlines of his serial protagonist in the Craige Ingram Mystery Series… murder and mayhem with a touch of romance. Vault of Secrets, the first book in the Ingram series, was followed by Nymrod Resurrection, Blood and Gold, and The Lady of Corpsewood Manor. All have received national attention.  Hawk’s latest release in the Ingram series is due out this fall with another mystery-thriller work out in 2014. The Bleikovat Event, the first volume in The Cairns of Sainctuarie science fiction series, was released in 2012.

"Without question, Hawk is one of the most gifted and imaginative writers I have had the pleasure to represent. His reading fans have something special to look forward to in the Craige Ingram Mystery Series. Intrigue, murder, deception and conspiracy--these are the things that take Hawk's main character, Navy ex-SEAL/part-time private investigator Craige Ingram, from his South Carolina ancestral home of Moccasin Hollow to the dirty backrooms of the nation's capital and across Europe and the Middle East."
Barbara Casey, President
Barbara Casey Literary Agency

a Rafflecopter giveaway
Posted by Maria at Tuesday, April 28, 2015