Welcome to my stop on the Blog Tour, presented by Enchantress of Books Blog Tours, for The Calm Before The Storm by Mya O’Malley.  Please leave a comment or question for Mya to let her know you stopped by.  You can enter his tour wide giveaway, for an eBook copy of  “The Calm After The Storm”, by filling out the Rafflecopter form below 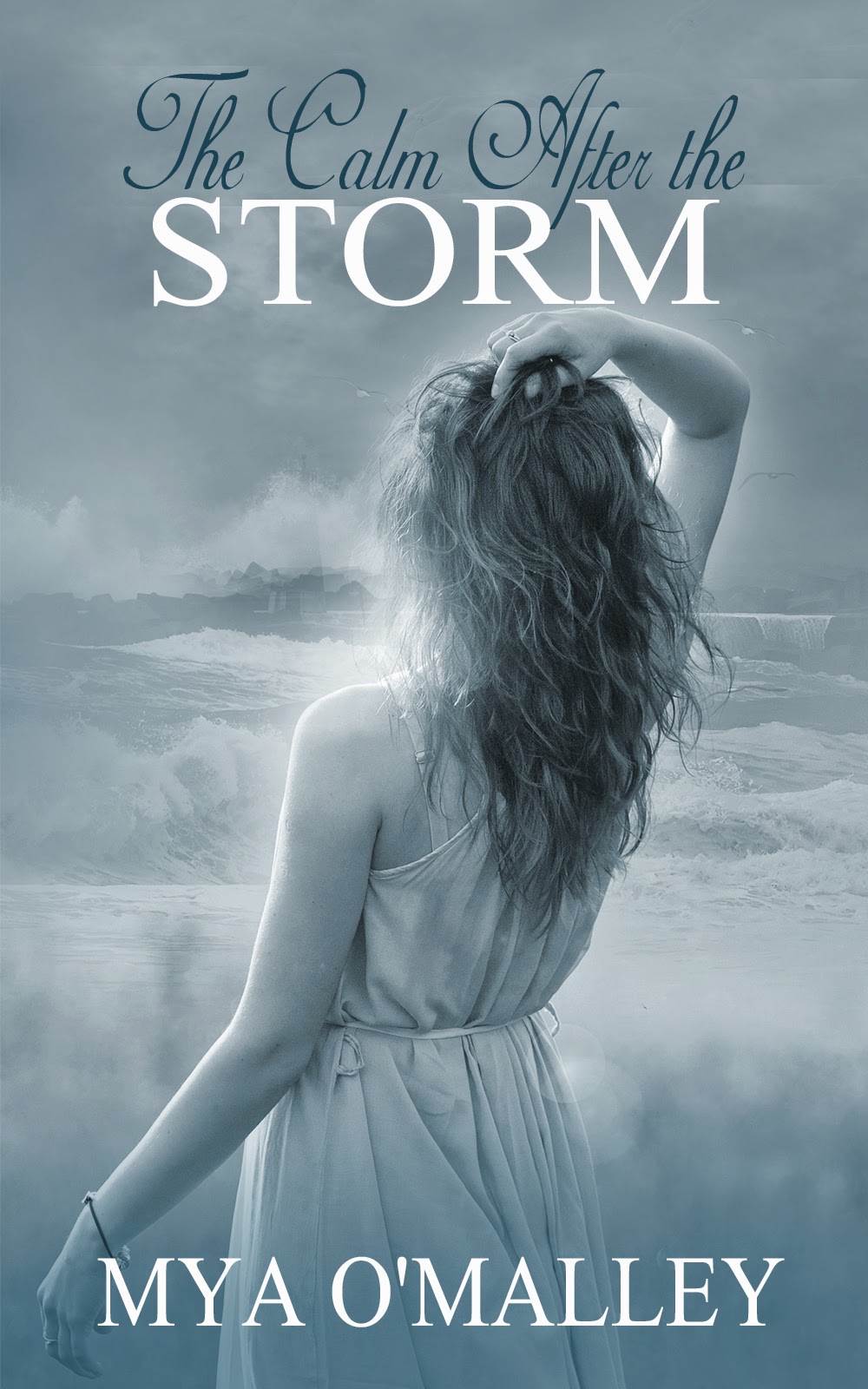 The Calm After the Storm
By Mya O’Malley

The storm of the century raged through the northeast, causing destruction and despair, millions were left without power and hope. Weeks later, countless people were still devastated by the destruction of Hurricane Sandy, Emma Riley among them.

Determined she didn’t need the help of a man, Emma was convinced that she could brave the aftermath of the storm on her own. That is, until Jake came into her life.

After having suffered heartbreak and embarrassment, Jake Mack, a utility foreman, volunteered to travel north from small town, Georgia to assist with the aftermath of the storm. Jake was decidedly done with women. But he didn’t count on meeting Emma or falling in love so quickly. Can he trust this woman or will his past get in the way and ruin the relationship with the one woman he truly loves?

Jake and his crew had now been in the suburbs of New York for a few days. His first thought upon entering this area was his surprise at the devastation. Sure, he had heard about the destruction on the news and had seen footage of the aftermath of Sandy, but it still hadn’t prepared him for the actual sight of Sandy’s rage. Telephone poles were down, trees were snapped in two, and houses were completed destroyed by the storm. Seeing all the destruction only strengthened Jake’s resolve that it had been the right thing to come. He felt proud to be able to help out and be a part of the solution to the horrible aftermath of this disaster.

As the day was wrapping up. Jake and Chris met up with some of their crew in the next town to finish one more area before calling it quits. The chill in the air was something that Jake had prepared for, but was not accustomed to. Clutching the new flannel he had purchased right before his trip, he put it on over his thermal shirt. Thankful for his thermos filled with hot coffee, Jake grabbed it but quickly tossed it aside.

“Come on, Chris! I asked you to stop drinking my coffee. Now there’s none left,” he said as he shook his head, irritated at his friend.

Chris looked up at his boss sheepishly. “Sorry, man. I didn’t sleep well last night. I needed some caffeine.”

They rode until they approached the utility pole that needed attention. Jake and Chris were among the first to arrive and got busy setting up for the job. Within minutes, the rest of the assigned crew trickled in. The workers were now familiar with the details and routine of this job, so for the most part they worked in silence, focused on getting this last job done so that they could grab some dinner and hit the sheets. It was cold and dark, the night chill settling in upon them. Jake supervised and helped his crew perform their individual duties as quickly as possible. As they were just about wrapping things up, Jake headed over to Steve, one of the older guys directing traffic. He looked frail and tired.

“Hey, Steve. I got this. Why don’t you call it a night, huh? We’ll meet you at the hotel for some dinner.”

“Nah, Jake, we’re almost done here. I’m good,” Steve said as he looked up at Jake with glaring dark circles under his eyes.

“Steve, go. I’m serious. Get in a hot shower and we’ll meet up for dinner. Boss’ orders. Now go and take Andy with you,” Jake gestured toward another man on the crew who looked like he was ready for bed.

Shrugging his shoulders, Steve made his way to one of the smaller utility trucks, calling for his co-worker to join him. Jake took over the responsibility of directing traffic, slowing people down and stopping cars when necessary. Yawning, he waved a small SUV along, noticing that the approaching driver was slowing down, much more than necessary. Jake squinted his eyes to get a better look. The car came to a stop when Jake stepped up to it and its window rolled down. Looking back at Jake was a woman who appeared pretty, even in the diminished light. Wait, scratch that—she was stunning, with long, wavy hair and piercing eyes. His heart faltered just a bit.\

“Hi. I wanted to thank you guys for all of the hard work that you’ve been doing. We really appreciate you guys coming up here. I think I speak for everyone,” she said as she smiled widely. Her smile hitched his breath ever so slightly. Jake smiled back. This was certainly a change. Since he had been in this area, some people waved, some people smiled, others remained with their eyes straight ahead, but nobody had yet offered any thanks verbally. So different from the Southern hospitality way of life where he grew up, Jake mused.

Here it was different, the pace of life was much faster. People always seemed to be in a rush, and they minded their own business for the most part. Sure, being so close to the big city must be nice and the landscape was quite beautiful at times, but he didn’t think this lifestyle was something he could ever get used to. It seemed too stressful, too impersonal. He would be glad to be back home when his job was finished.

The woman leaned over and offered Jake a box of donuts, disposable coffee cups, and a box of hot coffee. Jake was impressed.

“Thank you, that was very thoughtful!” Jake gushed, thrilled at the idea of hot coffee. He thought he felt warmth spread across his cheeks despite the chill in the air.

The woman stared back and smiled at Jake for a minute and then set her eyes on the road ahead. She waved as she pulled away.

“Wait!” Jake called out. “Wait, what was your name?” But the words were lost. The mysterious woman with the coffee and donuts was long gone.

“Guys!” he called out as his crew worked on cleaning up for the night. “Guys! Our guardian angel just appeared, and she brought coffee!”


The coffee and donuts were gladly received, but the idea that someone would go out of their way to show a random act of kindness truly touched Jake. He felt the warm liquid slide down his throat and knew that he would always remember the woman’s thoughtfulness. Who was he kidding? That woman’s beautiful face was what he would most remember. He just wished that he had gotten her name. 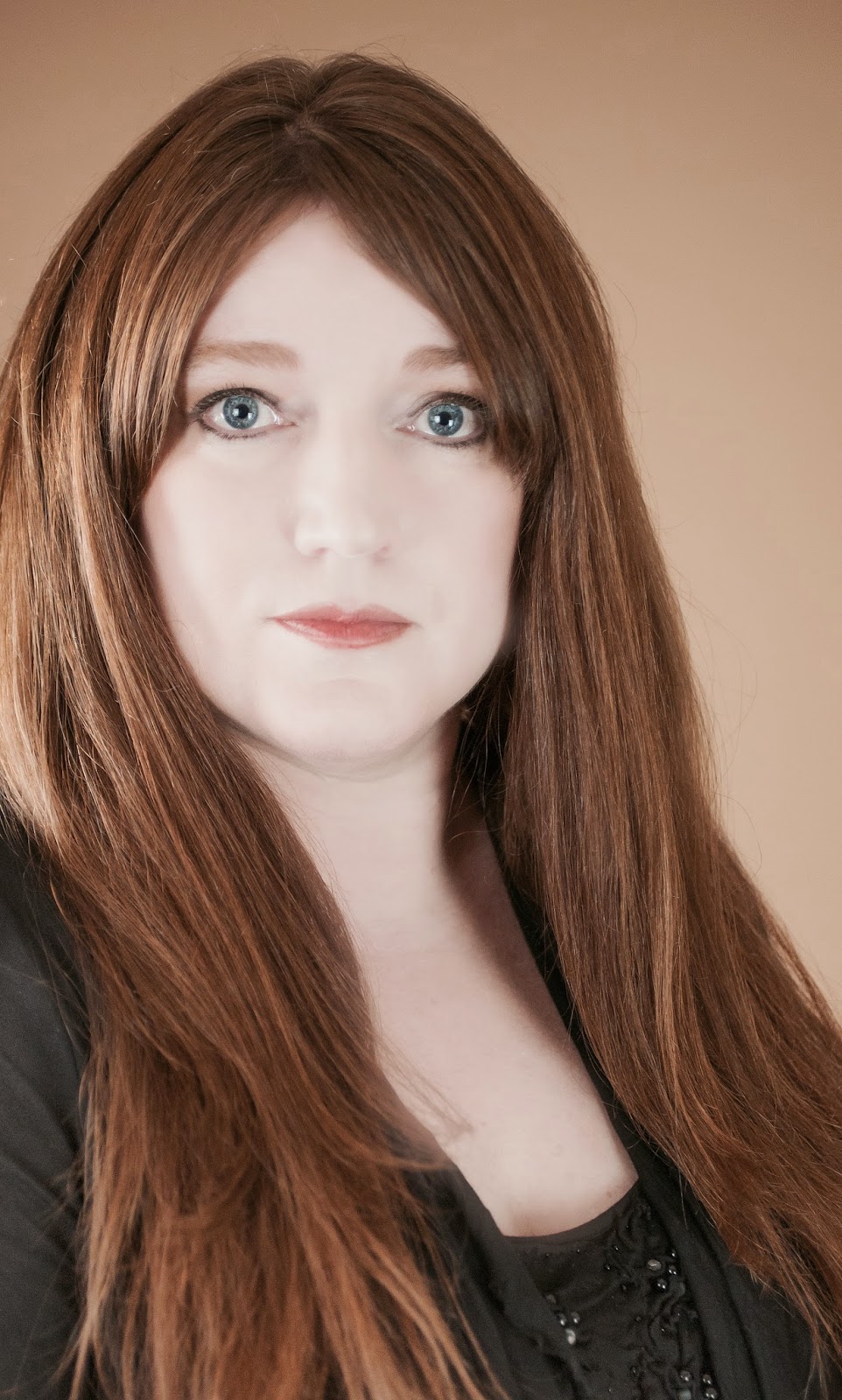 Mya O’Malley was born and raised in the suburbs of New York City, where she currently lives with her husband, daughter and three step-daughters.  The family also consists of two boxers; Destiny and Dolce and a ragdoll cat named Colby.  Mya earned an undergraduate degree in special education and a graduate degree in reading and literacy.   She works as a special education teacher and enjoys making a difference in the lives of her students.

Mya currently has several releases: At First Sight, a contemporary romance about dating in the modern world, published by Astraea Press, and Where There is Love, a contemporary romance in which a woman struggles with past obstacles, ultimately faced with whether or not she will open her heart to love. Where There is Love is published with Solstice Publishing. Mya is excited to say that Astraea Press recently released her contemporary holiday paranormal romance titled If You Believe. Mya’s first Young Adult book is now available. Miranda’s Choice is a young adult fantasy novel published by Solstice Publishing.  Coming soon is The Calm After the Storm, published by TouchPoint Press. This novel is a contemporary romance taking place in the setting of Hurricane Sandy. The story revolves around the idea of a utility worker from Georgia falling in love with a woman in New York.

Mya’s passion is writing; she has been creating stories and poetry since she was a child.   Mya spends her free time reading just about anything she can get her hands on.  She is a romantic at heart and loves to create stories with unforgettable characters.   Mya likes to travel; she has visited several Caribbean Islands, Mexico and Costa Rica.   Mya is currently working on her sixth novel.

You can find Mya at