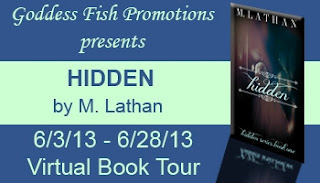 Welcome to my stop on M. Lathan’s Virtual Book Tour for Hidden.  Please leave a comment or question for Ms. Lathan below to let her know you stopped by.  Ms. Lathan will be giving away a $50 Amazon or Barnes and Noble Gift Card during the tour.  You can enter the giveaway by filling out the Rafflecopter form below.  You can follow her tour here, the more often you comment and enter, the better your odds will be. 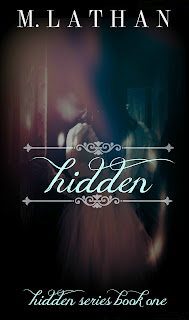 Sixteen-year-old Leah Grant has given up on being normal. She’d settle for stopping the voices in her head, intrusive visions of the future, and better odds of making it to her seventeenth birthday.

That’s the thing about pretending to be human in a world where magic used to exist – at any moment, her cover could be blown and she’ll be burned to death like the rest of the witches.

Everything changes when she loses control of her powers and flees the orphanage she grew up in. She desperately wants to be invisible but finds her face plastered on every news channel as humans panic over the possible resurgence of her kind. And now the hunters won’t give up until they find her.

Making friends for the first time in her life and falling in love with one of them drives her to discover why she is unlike any being she’s ever met – human or otherwise. The dangerous powers inside of her that would repel Nathan, her new, handsome reason for living, are priceless to some. The locked up forever kind of priceless. And to others, they are too dangerous to allow her to live.

Let’s hope she can stay hidden.

A far second to oranges, the song I sang in the shower every night had a way of soothing me. More than anything, it made me tired enough to fall asleep. With Whitney gone, I didn’t have to whisper it.

The stars are out,
It’s time for bed.
Now close your eyes,
And rest your head.
May angels shield you with their wings,
As you dream your little angel dreams.

I didn’t recall composing that song, but apparently, I used to think I was good and perfect like the angels. I knew better now.

I stepped out of the shower and tugged a brush through my unruly brown tangles. I stared into the mirror over the sink as I started the song again. My skin screamed winter. I should be a warmer tan; I looked less creepy in the summer. Maybe that was why the girls had been digging into me so hard. I looked rather witchy. The unease that made them mock me was probably their souls warning them, urging them to notice I was different and dangerous.

At my worst, it feels like the fire that could easily shoot from my palm is raging inside of me. My heart picks up, more than when I’m scared. It pounds, I can’t hear. My blood dances, taunting me, begging me to hurt whoever’s hurt me. And I know that I can. I feel that I can.

But I don’t. I breathe and pray and let the magic cool. 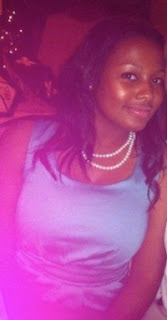 M. Lathan lives in San Antonio with her husband and mini-schnauzer. She enjoys writing and has a B.S. in Psych and a Masters in Counseling. Her passion is a blend of her two interests – creating new worlds and stocking them with crazy people. She enjoys reading anything with interesting characters and writing in front of a window while asking rhetorical questions … like her idol Carrie Bradshaw.


Don't forget to leave a comment or question for Ms. Lathan below to let her know you stopped by.  Ms. Lathan will be giving away a $50 Amazon or Barnes and Noble Gift Card during the tour.  You can enter the giveaway by filling out the Rafflecopter form below.  You can follow her tour here, the more often you comment and enter, the better your odds will be.


a Rafflecopter giveaway
Posted by Maria at Tuesday, June 11, 2013