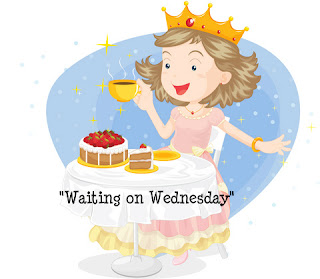 FBI agent Lily Yu is living at Nokolai Clanhome with her fiancé, lupi Rule Turner, when an intruder penetrates their territory, stealing the prototype of a magical device the clan hopes will be worth a fortune--if a few bugs can be worked out . . .

But the prototype can be dangerously erratic, discharging a bizarre form of mind magic—and it looks like the thief wants it for that very side effect. Worse, whoever stole the device didn’t learn about it by accident. There’s a Nokolai traitor in their midst.

Lily and Rule have to find the traitor, the thief, and the prototype. One job proves easy when the thief calls them--and his identity rocks Rule’s world.

As they race to recover their missing property, they find Robert Friar’s sticky footprints all over the place. Robert Friar--killer, madman, and acolyte of the Old One the lupi are at war with--an Old One whose power is almost as vast as her ambition to rock the entire world . . .

Why I'm Waiting for This Book:  I began reading this series by accident - I picked up an anthology that had a story from a series I was reading and ended up reading a novella by Ms. Wilks.  I couldn't put it down so I decided to go looking for other books by Ms. Wilks and discovered it was a part of the Lupi series (which is usually how things happen for me *sigh*).  Anyway, I fell in love with Ms. Wilks voice and easily caught up reading all of the books.  Unfortunately I've fallen behind (hey...I'm only behind one book and a novella) and I plan to catch up as soon as this story comes out.  Ms. Wilks has a very fantastic writers voice and this series, while involving several paranormal type characters, has a fairly unique take on werewolves and their mythology.  Plus, I want to be Lily Yu and have Rule, a super sexy werewolf, as my hero!