Barnes and Noble        Desert Breeze
Book Blurb:
When a divorce from her husband of twenty-five years leaves Kate McClure financially destitute and alienated from her two adult children, she and her aging mother Belle return to Paradise Ranch, the homestead they left when Kate was a child. In this quiet spot she can begin to put her shattered life back together, or so she thinks.

She has scarcely set foot in the dilapidated old ranch house when her next-door neighbor, handsome bachelor Hank Sinclair, arrives to announce that he has a prior claim on Paradise.


Against her better judgment Kate enters into a business deal with Hank and finds she is falling in love with him despite his frank admission that he wants no lasting relationship.

I really enjoyed reading this book by Ms. Bryan, it was a solid combination of women's fiction with just enough romance to keep me glued to the pages.  The primary characters were very well written as was the supporting cast.  This book will easily join the list of books that I consider comfort reads - books that I find myself reading over and over.

Kate McClure is an almost middle aged woman who has found herself in a very difficult place, her husband of 25 years not only divorced her, he basically threw her out of her own house and cheated her badly in their divorce settlement.  Kate married at a very young age and really has no marketable job skills and finds herself unable to find a job that can provide her with financial stability.  As if what she has to deal with isn't enough she also has strained relationships with both of her children, stemming from the divorce.  Fortunately for Kate she has one relationship that is not falling apart and that is the relationship with her mother, Belle Sullivan.

Belle Sullivan is a great supporting character, she's tenacious and has a fantastic outlook on life.  When she realizes how hurt and emotionally weak her daughter is, she devises a plan to give them both a new outlook on life - they will go back to the ranch that they abandoned when Kate was a small child and become ranchers.  Belle hasn't been happy with her life either since she let her grandson talk her into moving into a retirement home and she jumps at this chance to not only help her daughter but to take a more firm hand on her own life as well.  She's not completely upfront with Kate on what they might find when they get to Paradise ranch but she's certain that the two of them together can handle whatever happens.

Hank Sinclair is the primary main character and he eventually becomes the love interest for Kate.  He's a 52 year old single rancher who has never been married and who is happy with his life.  He believes that Paradise is his property because his father had been paying the property taxes on the land and is shocked when he finds out that his father had been paying the taxes as a lease payment in order to use the land for grazing their cattle.  He's also very attracted to Kate from the first time that he sees her but he doesn't understand the feelings that she brings out in him at first, he's never been in love.

Cody Carter is a secondary character who is very important to this story.  He is an older man who has been roaming the countryside doing odd jobs and living in a little camper that he drags behind his truck.  When he sees Belle and Kate at the local McDonald's - he is instantly smitten with Belle.  He not only becomes their immediate handyman but within a short period of time he becomes so much more.

Kate grows throughout the entire book, at the beginning she is focused only on her pain and her anger and resentment over how her life has changed.  She is also subconsciously carrying the burden that she may have been partly to blame for her marriage falling apart.  About half way through the book she finally realizes that she will have to completely let go of the past in order to move forward and make a new life for herself, which is something that she desperately wants to do.  She learns to stand up for herself but is unwilling to risk her heart.
The romance between Kate and Hank is not a smooth affair, there are a lot of misunderstandings and a lot of assumptions made by both.  Their romance was somewhat like a dance, one step forward and then two steps back.

The story concluded with a Happy Ever After ending and I was very satisfied with it.  I look forward to reading another book by this author and she has several other titles available thru this publisher. 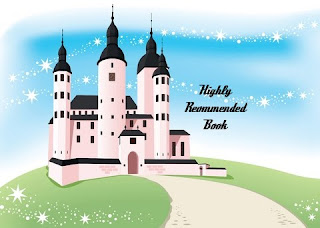