Welcome to my stop on the Virtual Book Tour for A Sense of Entitlement by Anna Loan-Wilsey hosted by Great Escapes Virtual Book Tours.  Please leave a comment or question for Ms. Loan-Wilsey to let her know you stopped by.  You can enter her tour wide giveaway, for an autographed set of Hattie Davish Mystery series (US and Canada only), by filling out the Rafflecopter form below.  There is also a second rafflecopter form to enter the giveaway for one (1) print copy of A Sense of Entitlement (US and Canada only) at this blog stop.  You can follow the rest of her tour here, the more stops you visit, the better your odds of winning.

How the Town Tells the Story by Anna Loan-Wilsey

When I set out to write the Hattie Davish mysteries, I had envisioned a series in which each book would be set in a different historic town.  I love history. I love research. I love travel.  What could be better than being able to do it again and again?  But what I hadn’t anticipated was how much the town in which I chose to set the book would influence every aspect of the story.  When I set the first book in the series, A Lack of Temperance, in Eureka Springs, Arkansas, I had done so because I was familiar with the history of the Victorian “health spa” and its grand Crescent Hotel.  I should be.  I had visited there at least once a year for almost twenty years.  Yet when I visited specifically to research for the book, tales of the temperance movement, especially Carrie Nation and her hatchet-wielding ways, had me imagining telling a very different story than I’d set out to.

When I decided to set the second book in the series, Anything But Civil, in Galena, IL, I had envisioned a plot surrounding the lead mines for which the town is famous (Galena means lead after all.)  But as I spent days there searching through newspapers, reading every single word in the historical museum, walking the streets and talking to the residents, exciting and new ideas formed in my mind about a town steeped in Civil War glory (with a town of about 5,000 people, Galena produced 9 Union Brigadier Generals, including President Ulysses S. Grant) while at the same time producing Copperheads and the deep divide they represent. Needless to say I all but abandoned the mines.  After two such experiences, I learned the value of approaching each new setting, each new book with a blank outline and an open mind.

This was never so true as for the newest book in the series, A Sense of Entitlement.  I knew I wanted to set Hattie among the wealthiest Americans: the Vanderbilts, the Astors, and the Biltmores, so as to have a glimpse into the lives they lead in the famous mansion-like “cottages.” I had expected to find extreme opulence, excess and social manipulation.  And I wasn’t disappointed. But what I hadn’t expected to find was an extreme indulgence of criminal behavior.  I learned of no less than three people, all coming from the “best” families, that were suspected of murder and were never prosecuted.

The best example of this comes from Wicked Newport: Sordid Stories from the City by the Sea by Larry Stanford, which tells the story of Reginald Vanderbilt, “who epitomized the lazy and spoiled rich kid.”  He was a gambler, once losing $70,000 (when the average worker made $1-3 dollars a day) at an illegal gambling hall in one night, a drinker, who had cirrhosis of the liver by age twenty-three and a man notorious for speeding in his car, often after drinking and gambling.  Around Newport, farmers afraid for their livestock, fences and children, would throw rocks at his car trying to slow him down.  And in New York, he was known to have struck at least five pedestrians with his car, killing two of them.

But he was a Vanderbilt…and was therefore never investigated, arrested or prosecuted for his crimes. After combing through libraries, touring the “cottages” and uncovering some of its secrets, I learned there is a reason so many mysteries are set in Newport.  The possibilities for conflict are endless.  My task, then for this book as with every new setting, was to wonder, if placed in this town and faced with a similar situation, what would Hattie do? And oh was it fun to find out! 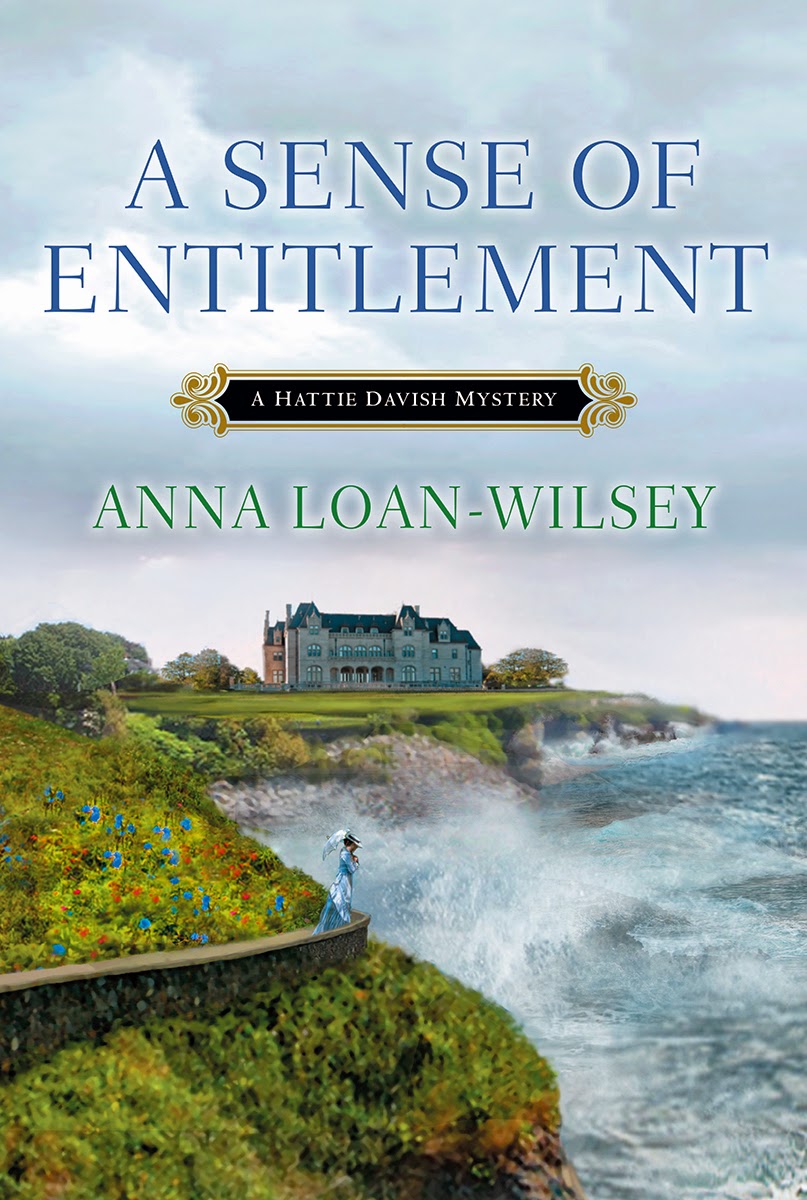 A Sense of Entitlement
by Anna Loan-Wilsey
A Hattie Davish Mystery, Book 3

Traveling secretary and dilettante detective Hattie Davish is bringing her talents to a small New England town whose wealthy residents have more secrets than they do money. . .

When Hattie Davish’s job takes her to Newport, Rhode Island, she welcomes the opportunity for a semi-vacation, and perhaps even a summer romance. But her hopes for relaxation are dashed when she learns that members of the local labor unions are at odds with Newport’s gentry. Amidst flaring tensions, an explosion rocks the wharf. In the ensuing turmoil, Mr. Harland Whitwell, one of Newport’s most eminent citizens, is found stabbed to death, his hands clutching a strike pamphlet.

All signs point to a vengeful union member bent on taking down the aristocracy, but Hattie starts digging and finds a few skeletons in the closets of the impeccable Whitwell mansion. As she strikes down the whispers spilling out of Newport’s rumor mill, she’ll uncover a truth more scandalous than anyone imagined–and a killer with a rapacious sense of entitlement. . . 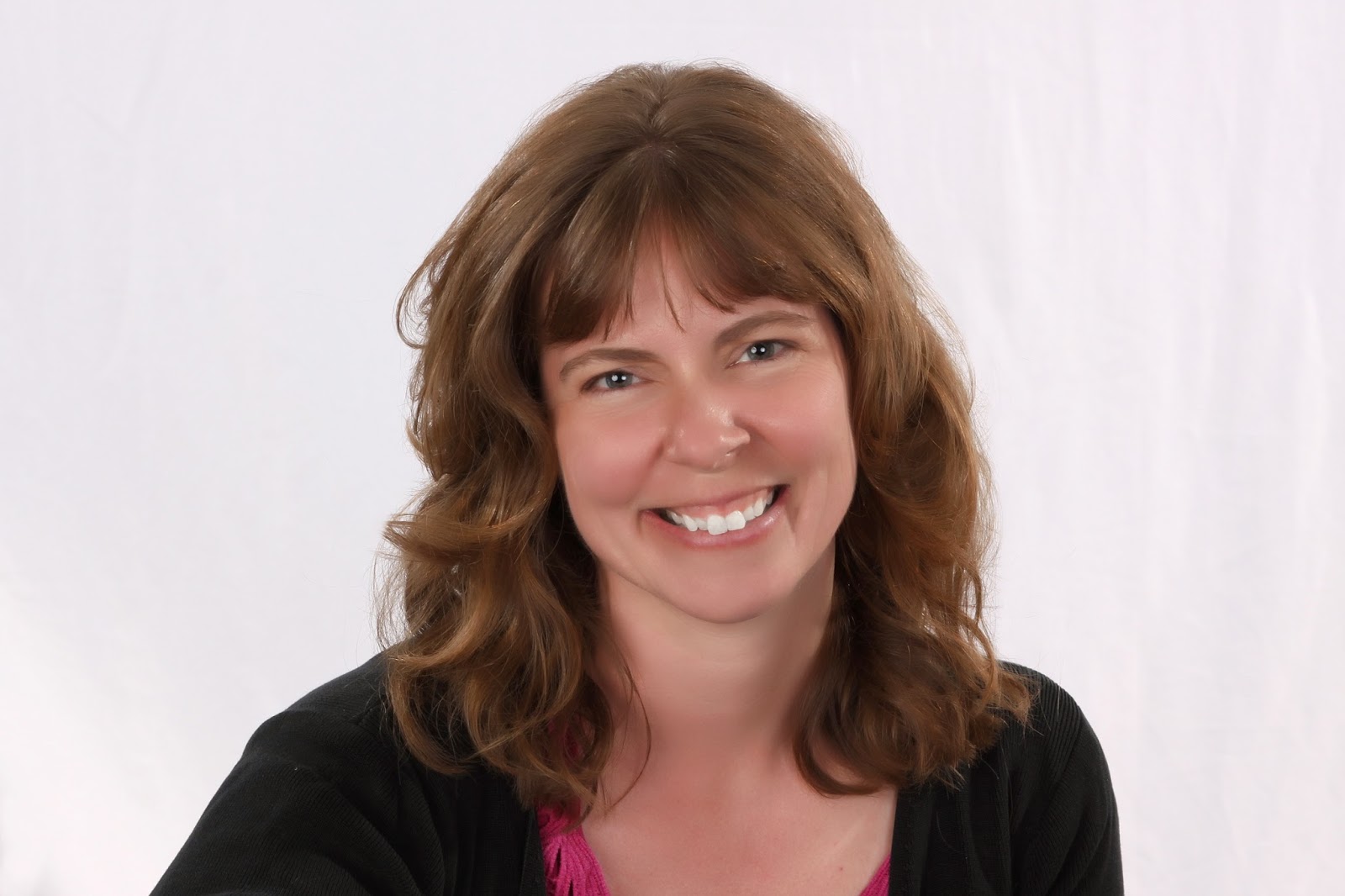 Hardin-Baylor, Texas A&M University-Commerce and most recently, Iowa State University, publishing in several scientific peer-reviewed journals. A Lack of Temperance, her first novel and first in the Hattie Davish Mysteries series, was the #1 bestselling historical mystery on Amazon.com. She is a member of Mystery Writers of America and Sisters in Crime. A Sense of Entitlement, the third in the series, is due out in June. Anna lives in a Victorian farmhouse near Ames, Iowa with her inquisitive four year old, her old yellow dog and her very funny, very patient husband, where she is happily working on Hattie’s next adventure.

A fan of classic mysteries and history overall, I jumped at the chance to read A Sense of Entitlement by Anna Loan-Wilsey.  Set in the late 1920’s during the months prior to the beginning of the Great Depression, Ms. Loan-Wilsey’s tale of a travelling secretary, who moonlights as a private investigator, is a superbly entertaining look at the differences between the decadently, truly filthy, rich and the serving class who wait on them hand and foot.  Detailed world building, well developed characters, social and family angst along with a light touch of romance make this a must read book for fans of Daphne du Maurier, Agatha Christie, Charles Todd, and Elizabeth Peters.

While not a fan of traveling on a boat, Hattie Davis, traveling secretary finds herself accompanying her current employer, Sir Arthur and his wife, Lady Priscilla, to their vacation cottage in Newport, Rhode Island. Planning to spend the summer working on Sir Arthur’s manuscript and getting a mini-vacation among the wealthiest families in the country, is more than she could have hoped for.  Unfortunately nothing goes according to plan and Hattie soon finds herself filling in as a social secretary for one of the town’s wealthiest families and stumbling over dead bodies.  Pressed into solving the murders, Hattie soon discovers a killer who thinks they’re entitled to kill whoever gets in his way. 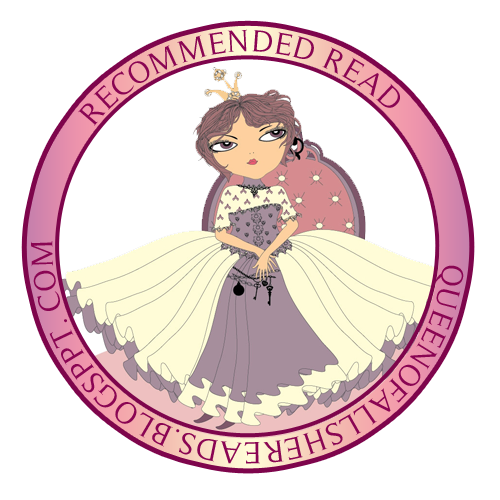 The third installment in this series, A Sense of Entitlement is the first book I’ve read by this author.  While the story begins slowly at first, Ms. Loan-Wilsey introduces the reader to Hattie, her primary character, and provides the world building necessary to give the reader a sense of the historical setting and social position that her characters occupy.  A single, working class woman, Hattie is attractive, intelligent and hard working.  She’s also moral, ethical and has compassion for her fellow man; something the privileged class seems to be lacking.

The secondary characters are all well developed and contribute a lot to the story.  We meet Mrs. Mayhew and Mrs. Whitwell, both married to wealthy, successful businessmen and obsessed with their social position.  We also meet Miss Lizzie and Miss Lucy, wealthy elderly women who’ve made appearances in this series before and whose current obsession seems to be the latest gossip and helping Hattie’s romantic prospects.  Ms. Loan-Wilsey does a great job contrasting the lives of the rich against the lives of their servants, who often work from sunrise to sundown, seven days a week.  Introducing a union organizer to the story adds the more than necessary spark to light the potential powder keg.

Will Hattie be able to solve the crimes she stumbles across? Will justice or money be the winner at the end of the day?  And will Hattie’s fledgling romance thrive or die at the end? You’ll have to read A Sense of Entitlement to find out.  I loved this book and can’t wait to see what happens to Hattie next!

My Rating:  5 out of 5 Crowns and a Recommended Read. 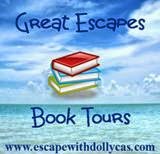 a Rafflecopter giveaway
Posted by Maria at Wednesday, June 04, 2014