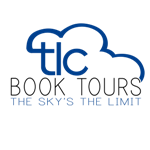 Please join me in welcoming Lisa White on her Virtual Book Tour for Discovery, the first book in her Council of Powers trilogy.  Please leave a comment or question for Lisa to let her know you stopped by.  You can follow Lisa's tour here. 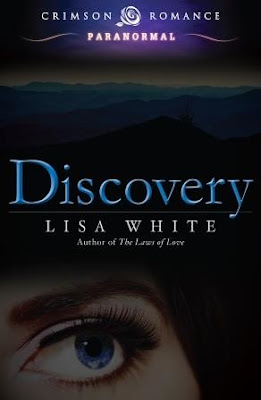 What is your power?

Grace Mackay thought she was normal, a little shy maybe, but no less normal than any other struggling young waitress.  But she did not know about the secretive Powers world.  She did not know she was the only key to the Powers’ survival.  And she certainly did not know her newest boyfriend, Gregory, was an Anti-Powers prince who intended to break her heart and her bones in no particular order.

But when she discovers that Ben, her best friend and unrequited former crush, is actually her secret Guardian with superhuman powers, Grace’s normal world turns upside down.  And when she learns that she has the Gift, the rare power to heal the injured and resurrect life with her touch, it is official – Grace is a weirdo even in the Powers world.  But what freaks Grace out more than all that is the fact she has feelings for Ben again – and he has feelings for her – which makes Grace’s new normal a lot more complicated.

Discovery is the first book in the Council of Powers trilogy and is available at all major eBook retailers. 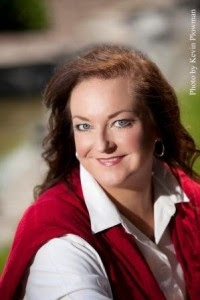 When not practicing law, Lisa enjoys gardening, spending time with friends and family, and, of course, writing romance novels. She is a member of Romance Writers of America and the Society of Children’s Book Writers and Illustrators. Her first novel, The Laws of Love, was released by Crimson Romance in July 2012.

In April 2013, Crimson Romance released her second novel, Discovery, the first book in her Council of Powers trilogy. Discovery is a new adult paranormal romance where two friends discover hidden powers and the love that makes these powers great.

Lisa currently lives in Southwest Virginia with her husband and two children where she is frantically writing another story in which her readers can escape…one page at a time.

A new adult paranormal romance, Discovery by Lisa White, is full of interesting characters, good dialogue and the classic battle between good and evil.  Set in a contemporary fictional city, Discovery features beings with special powers – the council of powers and their enemies the anti-powers living among humans, who are unaware of the other groups.  It also features a somewhat forbidden romance between a “guardian” and the girl who is the “key” to the survival of the powers.

Shy and somewhat clumsy, Grace Mackay is the only member of her family that survived a horrific “car accident”.  Raised by a foster family, she works as a waitress at a local country club and tries to save money so she can eventually go to college.  Coming up on her twenty-second birthday, Grace is unaware of how special she is, of the important role she plays in the battle between the powers and the anti-powers, and of the special powers she will eventually wield.  She’s just looking forward to what summer will bring.

A “guardian” tasked with keeping Grace safe till her twenty-second birthday, Ben is torn between his heart and his duty.  Determined to make sure Grace survives to help the Council, he’ll do whatever it takes to keep her safe.  Even if it means he’ll have to break the Council’s rules and kidnap her from her own birthday party.  He just doesn’t know how to tell her the truth about her role in mankind’s future.

Ms. White does a good job with character development and keeps the plot moving at a good pace.  My only complaints were that I really didn’t care for Grace’s best friend Annie, who turned out not to really be a friend in the end.  I also didn’t care for how easily Grace was willing to toss a lifelong friend, such as Ben, to the curb for the possibility of a new boyfriend, who is not only a stranger but who is an anti-power determined to hurt her.  In some regards she was naïve and very foolish.

Will Grace choose to embrace the truth about who she is and what her role is in the world of the powers and antipowers?  Will Ben end up getting what he really wants out of life or will he eventually lose Grace to someone else?  You’ll have to read Discovery to find out.  I think it’s a good beginning for the series and look forward to reading the next book.

FTC Disclosure:  I received a complimentary copy of this book as a part of a blog tour in exchange for a fair and honest review.  I did not receive any additional compensation for my opinion of the reading material provided.