Super Book Blast & Giveaway for The Vigilante by Jacqui Morrison 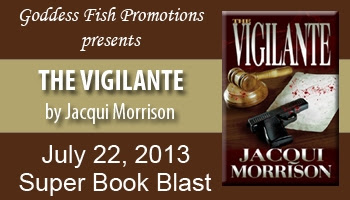 Welcome to my stop on Jacqui Morrison’s Super Book Blast for The Vigilante.  Please leave a comment or question for Jacqui to let her know you stopped by.  Jacqui will be awarding Loose Tea and Chipnuts to two randomly drawn commenters during this tour and the Virtual Reviews Tour combined.  You can follow her tour dates here. Don't forget to leave your email address with your comment so Jacqui can contact you if you are the winner. 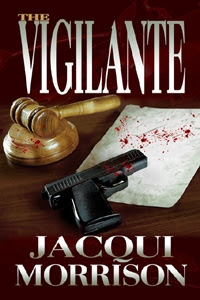 The Vigilante
By Jacqui Morrison

Murder is murder no matter who the victim is—and Lynette is out to catch a killer.

Lynette’s sergeant doesn’t think it’s possible. Wanda has a debilitating illness. But Lynette believes that Wanda’s hatred and harsh childhood make her a prime suspect, and she proves it by catching Wanda in the act of attempting to shoot Lee.

Renowned defense lawyer Maxine Swayman takes on Wanda’s case; Maxine has a different view of the accused. She wants to help Wanda get the help that she needs, and it’s not going to happen in a prison cell.

As the trial proceeds, will Maxine prevail and save Wanda, or will Lynette be able to tie Wanda to Turbit’s murder as well?

"Morrison knows how to create suspense! She brings readers on a roller-coaster ride that leaves you breathless from start to finish!" —Trey Anthony, star and producer “Da Kink in Da Hair”

“Hey,” Sal said, “come on in. You’re right on time. Good to meet ya.” He left the visitor in the living room of his shabby apartment in a grungy, low-rent building, and slipped into the kitchen. The metallic pop of a beer bottle opening echoed in the other room. Then another.

Six empty beer bottles, a heaping ashtray, and assorted marijuana paraphernalia were already strewn across his table. The grandfather clock struck four times. Sal stumbled back into the room. “I got you a beer.”

Glassy-eyed, Sal said, “I’ve got lots of great products for you to move today.” He showed the visitor the cover of a DVD. “This one is new. It’ll sell out. She’s a real sweet thing. Told me she was eighteen ’n had the ID to prove it. Likely just some little tramp from nowhere-ville. Came to the big, bad city for excitement––”

The metal felt cool as the visitor pulled out a gun.

“What the hell?” Sal screamed, just before the bullet penetrated his skull.

He fell onto the sofa, blood oozing out the back of his head. His face was contorted, almost angry looking. Certainly surprised.

The spent cartridge from the handgun ricocheted against a metal garbage can––reminiscent of the pop of a beer cap––and then landed on the carpet.

The murderer studied the victim’s splayed body, feeling a sense of elation and satisfaction. Out came a Swiss Army knife, and the killer wordlessly hacked off a section of Sal’s hair, stuffed it into a small plastic bag, and then threw it into a knapsack. The killer then picked up the half-spilled beer that Sal had been handing over when the shot was fired. Perfect. Grinning, the murderer chugged the beer, retrieved the spent cartridge, and smugly looked at Sal Turbit’s still body, now surrounded by pooling blood.

Still wearing leather gloves, the murderer put the beer bottle and hot metal bullet charge into a knapsack and fled, smiling, into the dense night. 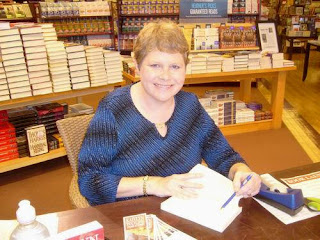 I am Jacqui Morrison. I started writing poems and short stories as a child. I also enjoyed public speaking in elementary school and at University. In High School, a great teacher, Lenore Hawley, inspired me and in 1995 I pursued my life-long passion for writing.

From 1994 to 2003, I assisted survivors of domestic violence in both criminal and family court as a support worker. I’ve always had a strong interest in law and justice.

I love to write and I am happiest writing or encouraging others to fulfill their writing dreams. I facilitate writing seminars for Canadore College and various agencies.

I live in northern Ontario, Canada with my daughter Alison, my husband Wayne, and a three-legged dog named Willow. Our daughter has convinced us to adopt four cats so Felix, Sasha, Nikke and Angel round out our family. Angel, at four-months-of-age was abandoned by its owner and we rescued her in -15 degree weather.

Alison has a future in politics, animal rescue work or sales … because I’m not really a cat person and she’s persuaded me to adopt four.

My parents are the late Drs John and Irene Morrison. Mom was a family physician and a competitive swimmer. My father worked for the Provincial Parole Board. Dad enjoyed to write fictional stories in his spare time. He was my mentor, my editor and my hero. I have one sister named Trish. She is a competitive swimming coach. Trish resides in southern Ontario with her husband, four children, two dogs and a cat.

In our spare time we like to cruise Georgian Bay on our boat or spend quality family time.

Don't forget to leave a comment or question for Jacqui to let her know you stopped by.  Jacqui will be awarding Loose Tea and Chipnuts to two randomly drawn commenters during this tour and the Virtual Reviews Tour combined.  You can follow her tour dates here. Don't forget to leave your email address with your comment so Jacqui can contact you if you are the winner.