Virtual Tour for The Winters Sisters Series by Joanne Jaytanie 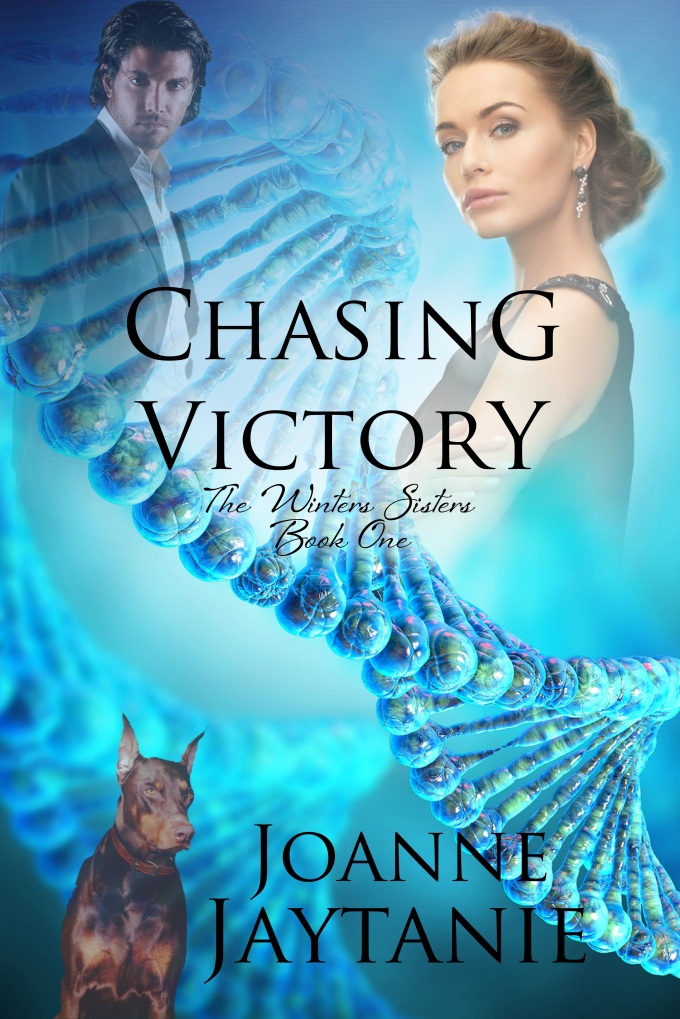 BOOK SYNOPSIS
Everybody’s chasing Victory: a power-hungry scientist, a corrupt conglomerate, and her own government.

Victory Winters is on the run. A world-renowned geneticist, her mission involves conquering disease and improving quality of life. But a co-worker has been murdered, putting Victory and her mission in danger. Chasing her are all sorts of men who want to recruit and control her, manipulating her genetic secrets and research for their own corrupt purposes.

Naval officer Tristan Farraday is undercover investigating Biotec, a conglomerate that trumpets a better tomorrow in its bright, shiny annual reports. But Tristan’s bosses suspect that beneath Biotec’s carefully-managed exterior lies more than simple violations of a few experimental protocols.

Farraday is following a trail of murder, kidnapping, and blackmail. The trail leads him to Victory, who has been forced into Biotec’s world. Can Tristan chase down the truth and win the race for Victory?

Whenever Victory found herself in an enclosed space or in a crowd of people, she would often get the feeling of being watched. Over the years she realized, it was merely her ability to sense people’s emotions. Coupled with her sharper-than-average hearing and it could make anyone neurotic. Had she not taught herself years ago how to filter out the bombardment of noise and emotion which now encompassed her, she would have fallen to her knees from the deluge of sensations.

Victory felt a whisper of electricity run the length of her spine. She paused. She didn’t hear a specific conversation, and yet she could feel a conversation; this was new—what kind of sensation was this? Slowing her pace, she glanced around, and surveyed her surroundings.

People seemed to be going about their business, grooming dogs or talking with friends or studying the competition. For one brief instant, she saw the back of a massively built man with jet-black hair; her attention had been drawn to him. In the blink of an eye, he disappeared out the door.

“Geez, now I’m really getting jumpy,” she muttered to herself. 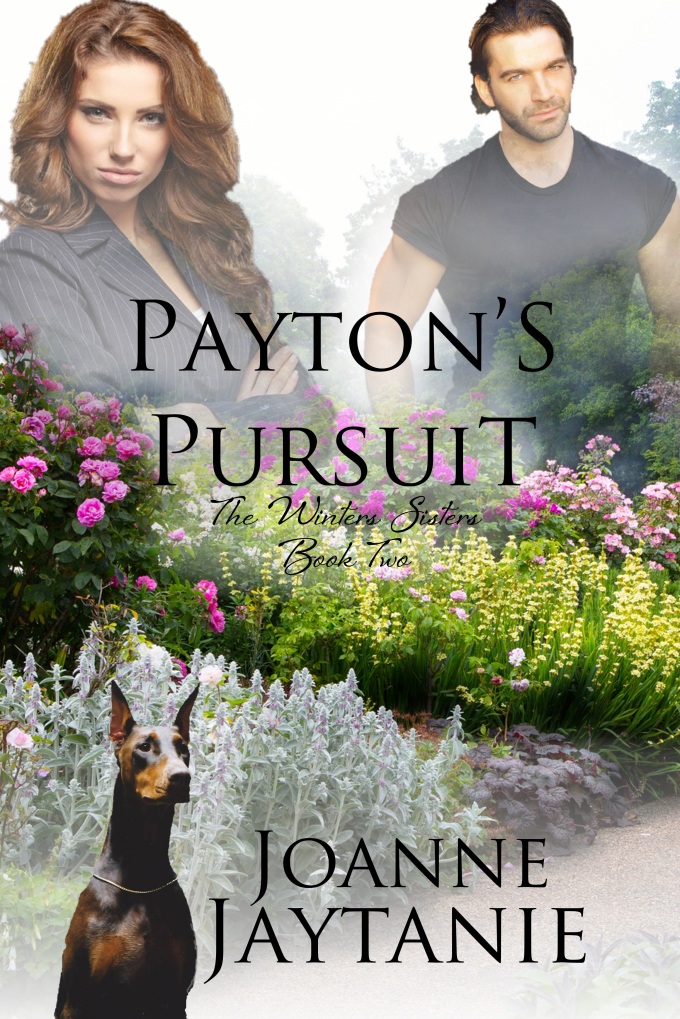 Will Payton’s pursuit of truth be her last?

Payton Winters is thrust into the position of CEO of The Winters Corporation after the sudden death of her parents. But the challenge of her new role is nothing compared to coping with her evolving enhanced abilities. Payton can ground those who possess psychic powers—some of whom have taken refuge at the Winters Corporation. Now she has unwillingly become a mental anchor for a man she wants no part of, Collin McBain. While on a routine mission, Collin is drugged, tortured, and injected with wolf DNA. Believed dead, he is secretly assigned to the Winters Campus; his only road back to life is through Payton.

Faced with her new roles, Payton realizes her life is based on half-truths. Now she’s compelled to pursue her mother’s research to understand why she and her two sisters were genetically altered before birth. Payton’s pursuit embroils her in a world of secrets, lies, kidnapping, and murder, but her future depends on deciphering the lies of the past.

He understood the “all hands on deck,” for their team had a limited number of men, and every man had a job. He also figured Tristan wanted him somewhere where an eye could be kept on him. He appreciated the effort, but unfortunately it didn’t make a damn bit of difference. He felt hemmed in and uncomfortable. True, there was only one other person in the room, yet still he felt inundated by people, even if they were only images on a screen. Consequently, it took every bit of focus for him to keep himself together.

The last thing the sisters needed was for him to spiral into a fit of rage in the middle of their important event, ruining the gala and giving Payton one more reason to despise him. Why did it matter what she thought? From what he could see, Payton Winters was just one more spoiled rich girl, totally focused on business and making a profit, and he was their newest asset.

Try as he might, Collin found it more and more difficult to stay in control while being immersed in people and their thoughts. Their emotions rolled off them and saturated his mind. At this rate, he would have to burrow himself into some deep dark hole or go insane.

He felt more and more agitated, as though his own skin suffocated him. The blackness of rage began to consume him, and he knew he would have to escape soon before he totally lost his grip on sanity and howled like a wolf. 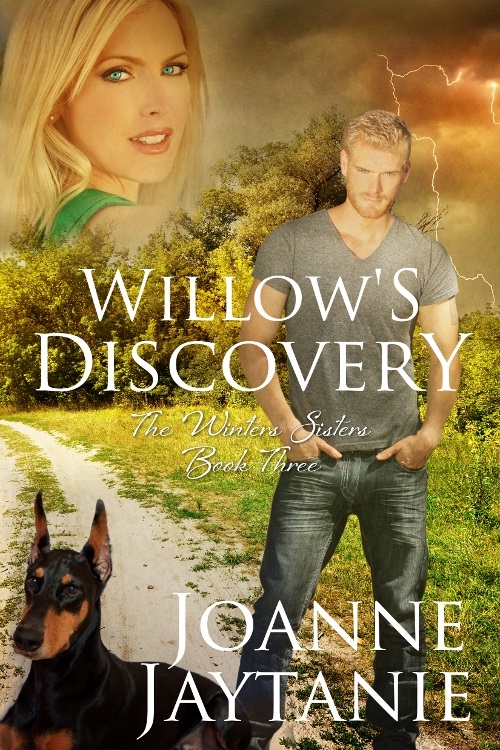 Willow’s next discovery could get her killed.

Willow Winters has been safely ensconced in London managing the international division of the Winters Corporation. But the vicious Kaleidoscope Group is relentless in its pursuit of the Winters sisters and their scientific breakthroughs. They’ve planted a mole in the company ranks, making Willow’s paranormal abilities crucial in the search for the traitor. Unearthing this spy will expose Willow as a threat and put her squarely in the sights of the murderous Kaleidoscope Group.

Wyatt Farraday is a military liaison to the Winters Corporation. Consumed with keeping Victory and Payton Winters alive, he’s had no life of his own. Now the third triplet has returned home and his job just got exponentially harder. Willow outdoes her sisters in the hardheaded department. She’s independent and can take care of herself and she doesn’t need Wyatt to watch out for her. But Wyatt’s determined to watch her in every way he can.

“What do mean you read company email?”

“Sorry, I forgot how much happened when you were in England. I guess I figured Payton told you. Jack and your brilliant cyber department created a way for him and me to monitor company email. Strictly for security purposes, I assure you.”

“You’ve read every email I’ve sent to Payton and Victory?”

Now she lost every drop of color from her face. He should relish making her squirm; hell, she did it to him all the time. Only he felt terrible. What the hell is going on? he thought.

“They do have a way of making you chase your tail, don’t they bro?” Tristan popped into his head, his booming chuckle resonating though his mind.

“Beat it. I’ve got enough on my plate, trying to keep the peace with Willow. It’s like dancing through a field of land mines.” Wyatt shot back at his brother. Tristan laughed again and faded away.

“No, no. We can’t read your personal emails between the three of you. The way the program’s set up, the system flags employee names and certain words or phrases. Those emails come to our computers.”

“Thank the—” She stopped in mid-sentence.

“You were saying?” Now it was his turn to smirk at her, making her color rise again.

Will Kenzie ever find peace and security inside the corrals of her ranch again?

Kenzie Vaughn is lucky to have a big-city, big-paycheck position. But her great job serves as nothing more than the path to her dream: a horse boarding and training ranch outside the big city. Kenzie is a horsewoman who loves Dobermans and peaceful country living. Now she’s found the perfect ranch, right next door to a lovely campus that houses the Winters Corporation. Her luck is holding, for the Corporation is run by the Winters’ sisters, wonderful women who could easily grow to become great friends.

One night her peace was shattered by a gunshot that wounded her horse, Boone. Good thing for Kenzie, Victory Winters is a veterinarian. Still the gunshot was no accident, and Kenzie’s past and the Winters’ present are dangerously intertwined. Kenzie is sucked into a vortex of rogue scientists who only want her for her DNA. Fortunately, the Winters Corporation can help. Even better, a Special Ops team member, Logan Mendoza, is assigned to watch her ranch. He isn’t interested in Kenzie’s DNA; he wants her for much more. Logan takes Kenzie’s personal security personally.

He backed out slowly, walked to the stairs, and listening carefully, crept up the stairs. The first room looked like an office, and it was a disaster. It seemed the intruder spent most of the time there. Logan couldn’t even walk into the room without stepping on something. He heard a soft creak and whipped around, gun aimed dead ahead. He held his body rigid and listened. A pop rang out, followed by a knocking sound. He ran out of the room and down the hall. As he got close to the doorway of the last room he was hit with a blast of frigid air.

In one smooth, swift motion he entered the room, scanning it wall-to-wall. The window stood wide open, the shade bouncing off the window. He stepped to one side as he approached the open window. Logan saw the boot print in the snow on the exterior window sill. He inhaled and stepped squarely in front of the open window. No one was there and there were no boot prints on the roof of the first floor. He looked out over the blanket of fresh snow and saw no signs of boot prints anywhere. Then he saw something at the far edge of the illuminated ground.

He jumped on to the roof and then down to the ground. He ran to find out what he’d seen. The intruder had landed on all fours on the snowy ground and disappeared into the night.

“What the hell?” he said as he walked in a circle, making sure he hadn’t missed any boot prints between there and the house.

Joanne was born and raised in Sherburne, New York, a quaint village surrounded by dairy farms and rolling hills. From the moment she could read she wanted to explore the world. During her college years she slowly crept across the country, stopping along the way in Oklahoma, California, and finally Washington State, which she now proudly calls home. She lives with her husband and Dobermans, in their home located on the Olympic Peninsula with a panoramic view of the Olympic Mountains.

Joanne writes romantic suspense, paranormal, supernatural suspense, and contemporary romance. She loves to submerge herself in the world of her characters, to live and breathe their lives and marvel at their decisions and predicaments. She enjoys a wide variety of books including paranormal, suspense, thriller, and of course romance.

YOU CAN FIND JOANNE HERE