Spotlight & #Giveaway for The Reaper's Embrace by Abigail Baker

Death has never looked so grim.

About The Reaper's Embrace:

If I can get this Deathmark removed, I can help save the world from total ruin. Only thing is, Brent Hume, Grim Reaper and love of my life, is hot on my trail, zeroing in on the mark that beckons him.

The Reaper’s instinct cannot be denied. He would sooner stop breathing than ignore a Deathmark’s call. He’s a tireless supernatural hunter, and I’m his top prey.

If I don’t find a way to stop him from doing his job, everything and everyone I love will suffer. The world will suffer.

And I’m sick of letting people down, dammit.

But even as I run from him, I want to run toward him.

We sipped our drinks. A strip of foam clung to his upper lip before he licked it away.

Brent appeared to want to smile, like he was trying to be flirtatious, but there was a heft to his gaze. I lowered my mug of coffee to its saucer. I was ready to talk if he had something to share.

“I have a secret,” he said, his voice low and hushed.

I raised my eyebrows. Go on.

My eyebrows rose higher if that was even possible. “You what?”

How do I not know this? “But we’ve had coffee together more than once.”

“Then…if you wanted to tell me this now, why did you order a coffee?"

“Because it’s the hip thing to do, right?” Suddenly Brent looked a little sheepish.

Knowing what he could do and the power that he held, his slightly hunched shoulders and scrunched brow became humorous to me. “Why are you laughing?”

He allowed me the time that I needed to laugh, so I made sure to enjoy the moment. In that time, he sipped his coffee, making a face as he did. Once I had enough, I quieted down, composed myself, and then took a drink of my own coffee. The slightly fruity flavor warmed me through and through. “I didn’t bring you here to confess that I hate coffee. Although I did worry you’d break up with me for it. I sort of lose my charm without a coffee in my hand, huh?”

I cocked my head to one side.

Hurt crept into the corners of his eyes, but I knew he knew that it was a joke. Still.

“I’m teasing,” I said. “I’d never dump you over coffee, even Le Nektar coffee. But do you think you can tell me why we’re really here?” 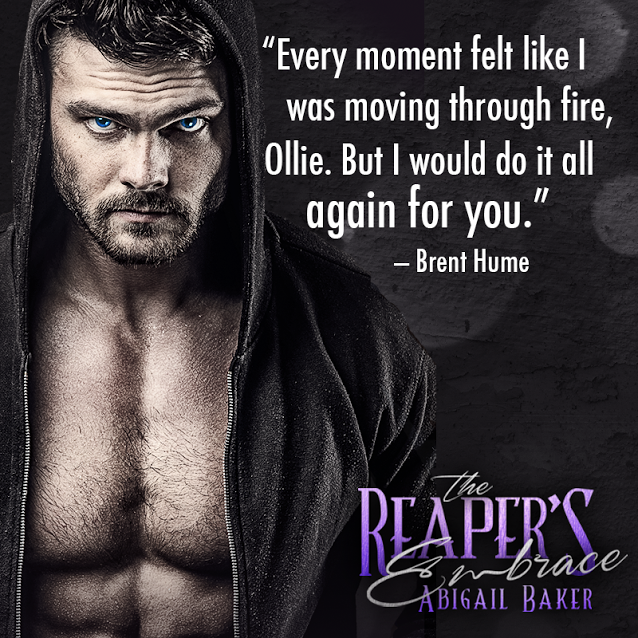 About the Author: Abigail Baker shares her home with a Siamese cat endearingly named “The Other Cat” and two rescued mutts with mundane human names that people think are cute. In addition to writing about rebellious heroines, she enjoys hiking, discovering craft beers, baking the perfect vanilla bean cupcake, and rock climbing (going as far as scaling 800 vertical feet to the summit of Devil’s Tower National Monument in 2013). Abigail won first place in RWA’s Golden Network’s 2011 Golden Pen in Paranormal Romance for Tattoo of Your Name Across My Soul, the book now known as The Reaper’s Kiss (Deathmark Book One). She regularly blogs about life observances at abigailbakerbooks.com, lives at the base of the Rocky Mountains, and can be easily found hiking any of Colorado’s best trails. 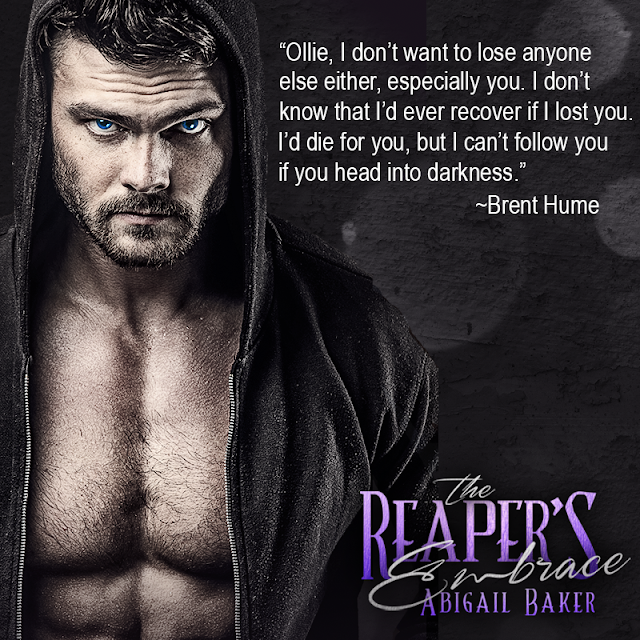