Virtual Tour for The Outlander King by Hilary Rhodes The Outlander King
by Hilary Rhodes
The Aetheling's Bride, Book 1

The story of The Lion and the Rose and the Norman Conquest continues in this spellbinding new historical fiction series from author Hilary Rhodes, pulling back the curtain on the lives of two remarkable women connected across centuries.

Aislinn, a seventeen-year-old English girl caught up in the advancing army of the “outlander king,” the man who will become known to history as William the Conqueror. Thrust into the center of the new Norman court and a dizzying web of political intrigue and plotting princes, she must choose her alliances carefully in a game of thrones where the stakes are unimaginably high. Embroiled in rebellions and betrayals, Aislinn learns the price of loyalty, struggles to find her home, and save those she loves – and, perhaps, her own soul as well.

The riders had now drawn even closer. They trotted alongside the stream, vanished briefly, and emerged alarmingly near on the other side. At this, curiosity at last sharpened into fear. I scrambled along the mossy ledge and hid myself in the boulders that formed the steep northern face of the tor.
This was done not a moment too soon. I dared a look, and saw that they were filing under the ledge, directly beneath me. Perhaps fifty, fighting men all, and a further ten or so horse behind them, laden with packs and supplies. The men were clad in dirty hauberks and helmets, longbows, swords, and kiteshaped shields strapped to their saddles. Their banners materialised through the fog like blooms of blood: rust-red, two golden lions rampant, tails lashing and claws raised.
I did not move. I knew what men might do to a maid, if they came upon her a sudden with battle still fresh in their minds. They had drawn to a halt, and horse whinnied almost in my ear, startling me badly. I bit my tongue, then bit it again when, in a sudden, clear voice, the leader spoke. His words were in a language I did not understand, although his tone was fiery. But I did understand the result. They laughed, and a roar went up.
The leader stood in his saddle to look down the valley: the huddled crofts, the bare terraces, and the rocks lining the muddy cart track. He surveyed it with a vicious, acquisitive pride, as if seeing it the first time. He must have been. The alien tongue had been my indication, but even without it, I would have known he was no Saxon. His shoulders were broad, his bearing majestic, and he wore a scaled-leather cuirass over his mail hauberk. His hair was rich gold, crowned by a dirty silver circlet. His nose was long, his cheekbones high. I could not tell what colour his eyes were.
I was still cautious, but curious. Abandoning my protected position, I inched forward. I was certain I did not make a sound, or move too quickly, but he saw me nonetheless. He lifted his head sharply, and gazed straight into my face.
His eyes were grey. The grey of beaten silver, living water. There was something wild in them – neither cruel nor merciful – and I knew then that this was it. He was going to call to me, bid me answer what a lone woman was doing out so far. And if I could not, he would set on me. But he merely considered me a moment more, then shook his head, and our gaze was broken. I lingered as if frozen, then jerked back behind the boulders.
He gathered the reins, and gave a light click to his horse. Immediately, the host behind him gave spur to their mounts as well, and they rumbled off toward the mill bridge. It was only when they had gone, and as I watched the dust settle, did it strike me who that man was. I had just looked into the eyes of the new King of England. 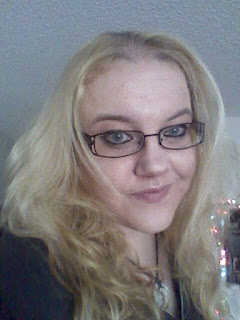 My Review will post later this afternoon
Posted by Maria at Monday, September 07, 2015