Virtual Tour & #Giveaway for The Heartbreakers by Ali Novak

Welcome to my stop on the Virtual Tour, presented by Sourcebooks, for The Heartbreakers by Ali Novak.  Please leave a comment or question for Ali to let her know you stopped by.  You can enter to win the tour wide giveaway, sponsored by Casablanca, for a $100 iTunes Giftcard & a bundle of YA romance books, by filling out the Rafflecopter form below.

Music to Play on a First Date by Ali Novak

My latest YA novel, The Heartbreakers, begins with Stella Samuel, a girl with a passion for photography. Stella’s sister Cara has non-Hodgkin lymphoma, so in order to give her the best birthday present ever, Stella goes on a road trip to get an autographed CD from Cara’s favorite band the Heartbreakers. Before the signing session, Stella meets a cute stranger at Starbucks. Only when she is standing in line for an autograph does Stella realize the boy she was flirting with is actually Oliver Perry, lead singer of the band.

At first Stella finds Oliver pretentious, but after spending a day with him, her tune changes—hidden behind his rockstar attitude is a dorky guy who is quite endearing. Although she likes him, Stella knows she’ll never see Oliver again; he’s a famous musician traveling the world. But then Stella is offered a job working as a photoblogger for the band, and suddenly a relationship doesn’t seem impossible anymore. Here is a playlist that Oliver would play for his first date with Stella: 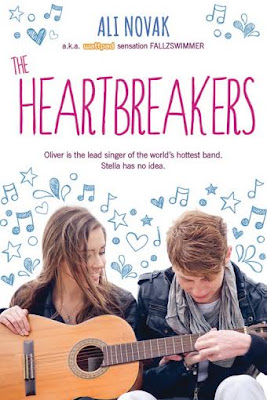 Stella will do anything for her sick sister, Cara—even stand in line for an autographed Heartbreakers CD…for four hours. She’s totally winning best birthday gift this year. At least she met a cute boy with soft brown hair and gorgeous blue eyes while getting her caffeine fix. Too bad she’ll never see him again.

Except, Stella’s life has suddenly turned into a cheesy love song. Because Starbucks Boy is Oliver Perry – lead singer for the Heartbreakers. And even after she calls his music crap, Oliver still gives Stella his phone number. And whispers quotes from her favorite Disney movie in her ear. OMG, what is her life?

But how can Stella even think about being with Oliver – dating and laughing and pulling pranks with the band – when her sister could be dying of cancer? 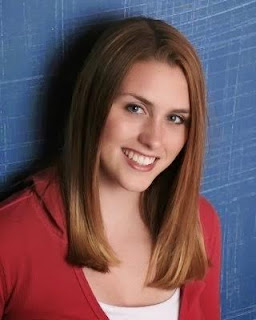 Ali Novak writes contemporary young adult romance and is a recent graduate of the University of Madison Wisconsin's creative writing program. She wrote her first full length novel, My Life with the Walter Boys, at the age of fifteen. Since posting the story online, it has received more than 33 million reads and is now published by Sourcebooks Fire.

a Rafflecopter giveaway
Posted by Maria at Thursday, August 13, 2015