Welcome to my stop on the Virtual Book Tour, presented by Pump Up Your Book, for Czar Nicholas, The Toad and Duck Soup by Elisabeth Amaral.  Please leave a comment or question for Elisabeth to let her know you stopped by.  You can follow the rest of her tour by clicking on the tour banner above.

Remembering My Path to Writing by Elisabeth Amaral

You can spend your life planning it, or you can more or less sit back and let it unfold in front of you. That is what happened to me when I was a young wife and mother living in New York City’s East Village. It was the Summer of Love, 1965. My husband and I were walking down Second Avenue with our baby when my husband announced that he wanted to move to Boston to study mime.  We gave up our apartment and his job to move north, and that was the beginning of our improbable adventure.

At first we supported ourselves by creating large, heavily beaded earrings and selling them, as well as incense, kurtas and beads, in the stores and streets of Cambridge. Through an unlikely path, that activity led us to open an upscale children’s boutique. Then, a year or two later, while sitting in our store during a blizzard, we decided, in a flash of inspiration, to open a restaurant.

Our adventure took an unexpected turn when we realized that my husband was gay. Homosexuality was barely understood, and rarely discussed during that era, and I began a slow, sometimes, dangerous journey down a road paved with growing self-doubt and lowered self-esteem. While our marriage was full of warmth and love, it suffered from the obvious. The lack of sexual gratification eventually propelled me toward risky behavior as I sought, and eventually re-discovered, my own sexual identity.

These memories had long been either forgotten or repressed. For the most part, my life with my first husband and our young son was filled with friends, fun and creative pursuits. Those were the memoires I chose to remember. But my focus changed suddenly while I was at a Writer’s Digest Conference in New York City. I was next in line to pitch a mystery novel to a literary agent when I realized that what I really wanted to write about was those Cambridge years and that thrilling era. I had experienced a lifetime by the time I was thirty, and was now at an age where I felt a strong need to preserve those memories. Not quite the journey of my grandparents from Russia to the Lower East Side, but my journey. My self-discovery. A story for my new granddaughter, when she is old enough. My era of youthful experimentation during the Woodstock years. I had a sudden, fervent need to recall all of it, even the sex, the drugs, and rock and roll.

I reached out to acquaintances from that time, and my ex-husband put me in touch with staff from Duck Soup, our former Harvard Square restaurant. He also reminded me of so much:  our first date when the car broke down on a deserted road, decades before cell phones; our wedding in an unheated house when a state trooper showed up with our marriage license; his memories of young fatherhood, and the joys we shared as parents.

My own memories flooded back, making the early writing of the memoir a joy. At first the memories were all good, not only mine and my ex’s, but also those from former friends and colleagues.  And then, well into the writing came the memories of my youthful pain, my confusions that had led me to a second marriage with a different set of problems, and a deeper despair. Writing about it all with the honesty it deserved was difficult, but it was one of the most important, satisfying things I have ever done.

When I look back on that time of my life I am amazed at how much was accomplished, and how far ahead of the times both the children’s boutique and the restaurant were. I believe we were the first in New England to sell toddler’s bell-bottom jeans, Finnish rainwear, wooden clogs. The first to have a slide and a hiding place for the kids. I was the buyer, the seller, and the bookkeeper. In the restaurant, we served only the freshest, homemade soups, salads and chili. We made our own mayonnaise, steak sauce, and dessert breads - in 1970! We ground the coffee frequently and sold it for a dime, with free refills. And it wasn’t just the healthy and delicious food or the comfortable and flirtatious ambience. The endless soundtrack that included Billie Holiday, Gershwin, Django Reinhardt, Fred Astaire, and much more, held professors, students, poets, locals and hangers-on there for hours. And everyone was welcome for as long as they wanted to be there.

It was such a good time in our lives that whomever I approached from those years had their own stories, recipes and photographs to share. I have included it all. It took me almost three years to finish the memoir and it was quite a ride. As I look back, I am fascinated at how it all unfolded. And I am glad I can share it. 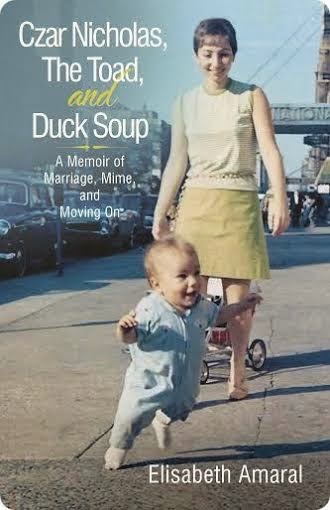 The mid-1960s through the mid-1970s was a heady, turbulent time. There was a lot going on back then, and author Elisabeth Amaral was in the middle of it all: the fights for women’s rights, racial equality, a music revolution, be-ins, love-ins, riots in the streets, the rage against the Vietnam War, and sex, drugs, and rock and roll. It was an amazing time to be young.

In Czar Nicholas, The Toad, and Duck Soup, Amaral shares her recollections of those times. She and her husband gave up their jobs in New York City, relocated to Boston with their infant son because of mime, unexpectedly started a children’s boutique, and opened a popular restaurant in Harvard Square. Most of all it is a coming-of-age story about herself and her husband as they embarked on an improbable and moving journey of self-discovery.

With sincerity and humor, Czar Nicholas, The Toad, and Duck Soup offers a personal and revealing account that reaches out to those who find themselves striving to make a relationship work that, by its very nature, may be doomed. But this story is also one of friendship—and of finding the courage to move on.

"A truly wonderful memoir that reads like great fiction.  The characters come alive on the page."  – Elizabeth Brundage, author of The Doctor's Wife and A Stranger Like You.

“The story of how Liz Amaral and her husband became successful at the epicenter of counterculture businesses near Harvard Square / Cambridge from 1967-1975 with their boutique and restaurant is told with humor and insight.

Swirling around them are all of the entrapments of the era, the drugs and free love and betrayal, as well as the politics that defined the times.

With a fierce dedication to her son and husband, Liz Amaral triumphs in this stunning memoir where she discovers that, while love isn’t always what we think it is, it remains, in all its multi-faceted transformations, the driving force of who we are and how we live our lives.”  – P.B. O’Sullivan, writer and mathematician.

“In her intimate and humorous memoir, Liz Amaral reveals the challenges of a young family establishing a home in Cambridge amid the tumult of the late 1960s. You will discover the disconcerting truth about her marriage and the painful path she takes to find herself again. A true adventure of the heart.” – Kathrin Seitz, writer, producer, and coach.

Czar Nicholas, The Toad, and Duck Soup is available at Amazon.

Pick up your copy at Barnes & Noble.

Discuss this book at PUYB Virtual Book Club at Goodreads.

We shared everything, even our friends. But wait. What about those friends of his? Kind, gentlemen. Always womanless. Don’t even start to go there. Just don’t. It was easier to be in the immediate present, a member of our generation who shared the sentiments of the era, the sex-drugs-and-rock-and-roll era. The civil-rights and women’s- rights and anti-war and race-riot era.

It was a thrilling time for youth.

Along with our frustrations and fury at the government, we also shared an enormous sense of freedom and adventure, of this being our time. And if it was our time, that made it my time. My time to grab an afternoon lover, come home to nights of gentle affection, hug our kid, make supper, smoke some pot, and live happily. With luck, that might include ever after. Piece of cake, and it was no one’s fault.

Thoughts whizzed by. I grabbed onto some, because I knew I would need reminders.

This is my life, not a bad one at all. A very good one, in fact.
That was one thought. Here’s another: Look at me. Look at me! A sensual, sexual, twenty-something woman. A Scorpio. Married happily much of the time, except nighttime, the right time. 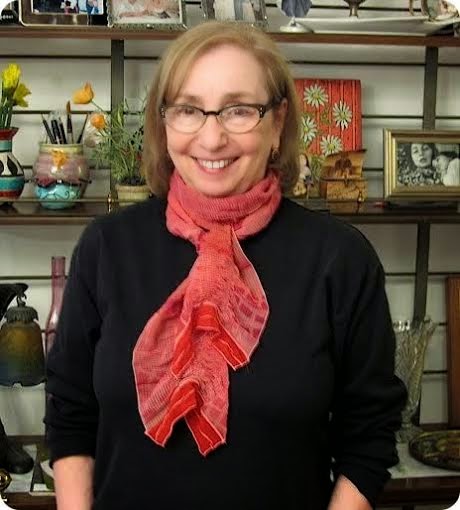 A native New Yorker, I have lived in the city for much of my life. My first jobs after graduating from NYU were jewelry design and case worker for the Departments of Welfare of New York City and Cambridge, Massachusetts. This was followed by co-ownership of a children’s boutique (Czar Nicholas and the Toad) and a restaurant (Duck Soup) in Cambridge near Harvard Square.

I then worked as an industrial purchasing agent in New Jersey, and for the last 25 years have been a real estate broker in Manhattan, accumulating stories of the wonder and madness that is this city.

I published a book of short stories (When Any Kind of Love Will Do), wrote two children’s books and a memoir (Czar Nicholas, The Toad, and Duck Soup), and am currently working on a novel.