There are a lot of books being released today (48 total) but these are the ones that I can't wait to get my hands on: 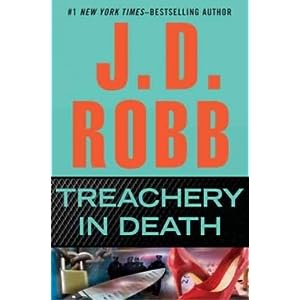 Detective Eve Dallas and her partner, Peabody, are following up on a senseless crime-an elderly grocery owner killed by three stoned punks for nothing more than kicks and snacks. This is Peabody's first case as primary detective-good thing she learned from the master.

But Peabody soon stumbles upon a trickier situation. After a hard workout, she's all alone in the locker room when the gym door clatters open; and-while hiding inside a shower stall trying not to make a sound-she overhears two fellow officers, Garnet and Oberman, arguing. It doesn't take long to realize they're both crooked-guilty not just of corruption but of murder. Now Peabody, Eve, and Eve's husband, Roarke, are trying to get the hard evidence they need to bring the dirty cops down-knowing all the while that the two are willing to kill to keep their secret. ﻿ 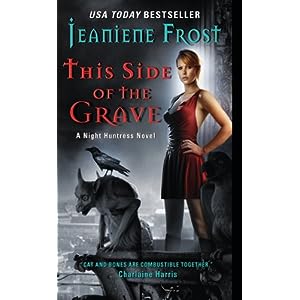 Half-vampire Cat Crawfield and her vampire husband Bones have fought for their lives, as well as for their relationship. But just when they've triumphed over the latest battle, Cat's new and unexpected abilities threaten to upset a long-standing balance...

With the mysterious disappearance of vampires, rumors abound that a species war is brewing. A zealot is inciting tensions between the vampires and ghouls, and if these two powerful groups clash, innocent mortals could become collateral damage. Now Cat and Bones are forced to seek help from a dangerous "ally"--the ghoul queen of New Orleans herself. But the price of her assistance may prove more treacherous than even the threat of a supernatural war. ...to say nothing of the repercussions Cat never imagined. ﻿ 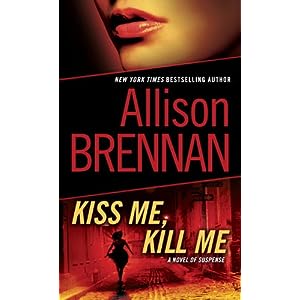 Lucy Kincaid has firsthand experience dealing with deadly criminal predators, and she’s fully prepared to share her many talents with the FBI. But when her career plans are derailed, her boyfriend, security expert Sean Rogan, asks for help on his latest private investigation. Using her well-honed cyber-hunting skills, Lucy is soon on the trail of a missing teenage girl with a penchant for disappearing—and a shocking secret life.

FBI Agent Suzanne Madeaux is also tracking someone: a serial killer on the loose in New York City. Dubbed by the press the Cinderella Strangler, he cruises seamy underground sex parties, where drug-fueled women make for easy pickings. As Lucy and Sean’s desperate search collides with the FBI’s hunt, Lucy isn’t about to step aside. Haunted by painful memories of her own harrowing encounters with evil, she’s determined to keep any more innocents from meeting the fate she so narrowly escaped. Delving deep into the twisted psyche of a remorseless killer, Lucy must confront her own fears—even if it means risking a future job with the FBI and future happiness with Sean.


What are you looking forward to buying or reading today?﻿
Posted by Maria at Tuesday, February 22, 2011