Welcome to my stop on the Print Release Blitz, presented by Juniper Grove Book Solutions, for Nora & Kettle by Lauren Nicolle Taylor.  Please leave a comment or question for Lauren to let her know you stopped by.  You may enter her tour wide giveaway by filling out the Rafflecopter form below.  You may follow all of the stops on Lauren's tour by clicking on the banner above. 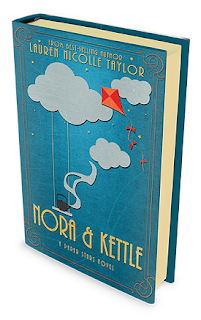 “What if Peter Pan was a homeless kid just trying to survive, and Wendy flew away for a really good reason?”

Seventeen-year-old Kettle has had his share of adversity. As an orphaned Japanese American struggling to make a life in the aftermath of an event in history not often referred to the internment of Japanese Americans during World War II and the removal of children from orphanages for having “one drop of Japanese blood in them” things are finally looking up. He has his hideout in an abandoned subway tunnel, a job, and his gang of Lost Boys.

Desperate to run away, the world outside her oppressive brownstone calls to naive, eighteen-year-old Nora the privileged daughter of a controlling and violent civil rights lawyer who is building a compensation case for the interned Japanese Americans. But she is trapped, enduring abuse to protect her younger sister Frankie and wishing on the stars every night for things to change.

For months, they’ve lived side by side, their paths crossing yet never meeting. But when Nora is nearly killed and her sister taken away, their worlds collide as Kettle, grief stricken at the loss of a friend, angrily pulls Nora from her window.

In her honeyed eyes, Kettle sees sadness and suffering. In his, Nora sees the chance to take to the window and fly away.

Set in 1953, Nora & Kettle explores the collision of two teenagers facing extraordinary hardship. Their meeting is inevitable, devastating, and ultimately healing. Their stories, “a collection of events, are each on their own harmless. But together, one after the other, they change the world.”

Lauren Nicolle Taylor lives in the lush Adelaide Hills. The daughter of a Malaysian nuclear physicist and an Australian scientist, she was expected to follow a science career path, attending Adelaide University and completing a Health Science degree with Honours in obstetrics and gynecology.

She then worked in health research for a short time before having her first child. Due to their extensive health issues, Lauren spent her twenties as a full-time mother/carer to her three children.

When her family life settled down, she turned to writing.
Author of the best selling Woodlands Series, she is also a 2014 Kindle Book Awards Semi-finalist and a USA Best Book Awards Finalist. 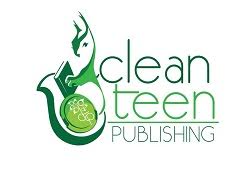 Giveaway Details:
There is a tour wide giveaway. Prizes include the following:

A print copy of Nora & Kettle with a signed book plate
Giveaway is US only
Ends March 25th at 11:59 PM ET